Angela McGlowan is an American political commentator, best-selling author, and CEO of Political Strategies & Insights (PSI), a government affairs, political strategy, public relations and advocacy consulting firm based in Oxford, Mississippi, with an office in Washington, D.C. In 2010, she placed third in the Republican primary for a Congressional seat in Mississippi. Read More >

She attended the University of Mississippi, where she earned a B.A. in public administration with an emphasis in criminal justice and political science. McGlowan has a mixed racial background which includes African American, Native American, Scottish, and Irish ancestry. McGlowan began her government affairs expertise by serving as government and public affairs manager for Steve Wynn's Mirage Resorts. During her tenure, she participated in lobbying initiatives with the American Gaming Association (AGA) that laid the foundation for Mirage Resorts latest gaming properties, Bellagio in Las Vegas, Nevada, and the Beau Rivage in Biloxi, Mississippi. She also developed Mirage Resorts advocacy and community outreach programs for both Las Vegas and Biloxi.

McGlowan served as Director of Outreach for the Better America Foundation, an organization founded by Senator Bob Dole. She served as legislative/press aide to both Representative Roscoe Bartlett (R-6th Dist. Maryland), and Representative John Ensign (R-1st Dist. Nevada). She also served as publicist to Ensign's successful re-election campaign in 1996.

From 1999 to 2005, McGlowan served as director of Government Affairs and Diversity Development for Chairman Rupert Murdoch's News Corporation. She was directly responsible for the development and implementation of aggressive diversity initiatives within the Fox Entertainment Group and its owned and operated interests. She was also a lobbyist and advocate within News Corporation to Congress for federal, legislative, and regulatory policies supportive of corporate objectives.

McGlowan currently serves as a political and business analyst for both Fox News and Fox Business Network. Her book, Bamboozled: How Americans Are Being Exploited by the Lies of the Liberal Agenda, placed eighth on the Washington Area Bestseller List of the Washington Post for the week of Sunday, April 22, 2007.

On February 8, 2010, McGlowan announced her candidacy for Congress in Mississippi's 1st congressional district to challenge incumbent Democrat Travis Childers. She subsequently lost the Republican primary after coming in third place, garnering 20% of the vote. She was the first black female to run in Mississippi's 1st congressional district, and left the race stating: "We lost the battle but won the war. A milestone was achieved for others to follow.” Read Less ^

An Evening with Angela McGlowan 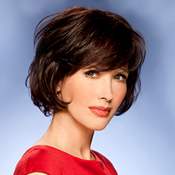