Dr. Anthony Wolf received his Ph.D. in Clinical Psychology from the City University of New York and completed his undergraduate work at Columbia College. For the past 25 years he has been in private practice in Massachusetts, where he sees children and adolescents. Read More >

Dr. Wolf is the author of five books on parenting – including The Secret of Parenting; Get Out of My Life, but First Could You Take Me & Cheryl to the Mall: A Parent’s Guide to the New Teenager; and “Mom, Jason’s Breathing On Me!”: The Solution to Sibling Bickering  – and numerous articles which have appeared in such magazines as Child Magazine, Parents, and Family Circle. He has also written a monthly column for Child Magazine. Dr. Wolf is frequently quoted in the national media on issues of parenting. In addition, he currently writes a column for the Toronto Globe and Mail.

Dr. Wolf is a much sought after speaker whose talks consistently get rave reviews. He has appeared on national television including Donohue, The Today Show, Fox Morning News, CBS Morning News, The View, and more.

Dr. Wolf is best known both in his writing and his speaking for his non-judgmental and, at times, very funny ability to describe what actually goes on in real people’s homes with real children, as well as for his original parenting advice. Read Less ^

The Secret of Parenting: What to Do and What Not to Do with Today’s Kids

We decided as a society that we would remove real fear – the threat of harsh punishment – from the arsenal of child-raising. It was a wonderful and correct decision, but nobody really knew how children who had no fear of their parents would behave. Surprise! They talk back more and are not as immediately obedient as children of past generations – nor did anybody know what to do next. The old methods and old standards of behavior no longer seemed to apply.

In this talk, Anthony Wolf describes the new rules for parenting, presenting a fresh but obvious way of looking at child behavior. Behavior at home and with parents does not mean the same thing or come from the same place as behavior outside the home, nor is it necessarily an indicator of who a child is, or who they are going to be when they grow up. “The Secret of Parenting” presents a way of understanding child behavior, and with that a way of parenting that works with today’s kids.

The Solution to Sibling Bickering

Probably nothing takes more of the pleasure out of being a parent than sibling bickering. In this workshop, keynote speaker Anthony Wolf describes the current mainstream parenting strategy based on negotiation and reasonableness, and how and why that strategy does not work. He then presents the three basic rules for sibling bickering – the aim of which is to keep parents out of the middle. These are rules which are simple to follow and which absolutely work.

Discussing the real way that siblings resolve their differences, and how this can be useful practice for dealing with the real world, Wolf describes the fundamental basis of sibling rivalry – trying to get mom and dad on your side. He also describes the true nature of relationship between siblings – a special realm unlike any other – and that what goes on between siblings during childhood does not necessarily relate to what goes on between them in adult life. He describes how the above basic rules for sibling bickering play out day to day, focusing on all the most common and most maddening scenarios. He will also discuss the role of fairness in dealing with siblings – where one needs to worry about being fair, and where one very much does not. Last, he will discuss real inequalities: those less loved, those less skilled, and those who are much more difficult to deal with.

What is Adolescence? Why They Act as They Do and What You Can Do About It

In this talk, Wolf will describe how teenagers today are different from those of generations past – more outspoken and less immediately obedient – and how this is a direct result of a societal decision to eliminate harsh punishment (and hence real fear) from child raising practice. The talk will discuss how the meaning of behavior at home is not as bad as it seems. There exists a whole other better-behaved side to them that they present to the world that is a far more accurate reflection of the adult they will be. The talk will describe a way of dealing with today’s teenagers that can dramatically reduce – but not eliminate – the amount of fussing that one gets.

How to Handle the Tougher Parts of Parenting

Get Out of My Life, but First Could You Drive Me & Cheryl to the Mall: A Parent's Guide to the New Teenager, Revised and Updated 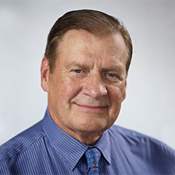 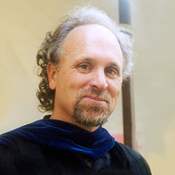