The jury is still out on whether Al Gore “invented the Internet.” What we know for sure is who the bona-fide genius is that invented Ethernet – mathematician, inventor, and professor of innovation – Bob Metcalfe. Others, though, say that Metcalfe is simply a man who thrives on trying new things. At least that’s how Mitch Kapor, who was building Lotus around the same time Metcalfe was building 3Com, describes him. “Trying new things” is not the most eloquent description of one of the most celebrated inventors and innovators of our time, but it is this simple philosophy that gives us the freedom to innovate, and has been the mantra for all great inventors throughout history. Read More >

Bob Metcalfe attended MIT and Harvard University, studying electrical engineering, mathematics and computer science, before joining Xerox's Palo Alto Research center in 1972 and teaching at Stanford. It was there that he was inspired to invent Ethernet in 1973, which allowed computers to exchange data packet within buildings – a local-area network (LAN). Metcalfe left 3Com in 1990 to become a visiting fellow at the University of Cambridge. In 1992, Bob joined InfoWorld as publisher, CEO, and weekly columnist. As vice president of technology at InfoWorld's parent company, International Data Group, Metcalfe continued to write his widely read column and also produced two influential technology conferences. He later shifted gears to enter the world of venture capital, and in 2007, he was inducted into the National Inventors Hall of Fame and was named Computer History Museum Hall of Fellows in 2008. Today, when he is not speaking, Robert M. Metcalfe, Ph.D., is Professor of Innovation and Murchison Fellow of Free Enterprise in the Cockrell School of Engineering at The University of Texas at Austin. Metcalfe also serves as a visiting innovation fellow for the 2015-16 academic year at MIT, engaging in entrepreneurship activities at the MIT Innovation Initiative and in the Department of Electrical Engineering and Computer Sciences (EECS).

On stage, Metcalfe is an animated and commanding presence. He grabs the audience the instant he's introduced and immediately begins breaking ice…"It's OK to react to what I say. Shake your head if you disagree with me," he urges. "Nod if you're with me. Smile, raise your hand, boo, clap, hiss, ask questions." His audiences love him for giving them permission to be something more than warm bodies in uncomfortable chairs. When he slams the telephone establishment for limiting the speed of Internet access by crying out – "What we need is not faster dial-up modems, but vicious competition among satellite, DSL, cable modems, power lines, you name it!" – His listeners erupt. When he mentions Microsoft, the crowd hisses, and when he introduces his concept of Freedom of Choice Among Competing Alternatives, FOCACA, he proudly exclaims, "That way I can say that Microsoft has been stepping in it lately"… uproarious laughter.

Bob Metcalfe fathered Ethernet, founded a multibillion-dollar company, and changed the way we compute. He has not only been there from the beginning, he helped create it. Bob offers audiences a complete picture of where we’ve come from, and where we are headed in an increasingly connected and tech-dependent world. His breakthroughs in quantifying and qualifying the different forms of innovation have simplified this ethereal concept and whittled it down to terms we can all understand. Audiences leave his entertaining and epiphanous presentations with an understanding and ability to use his models and matrixes to rejuvenate research and education, kick start modernization, and truly get an idea of what the future holds for us all. Read Less ^

Ethernet: The Invention of the Internet's Plumbing

Currently, networking is being installed at more than one billion ports per year, thanks to Bob Metcalfe. So, who better to learn from about the innovation and the future of networking and connectivity than the actual inventor of Ethernet? And in true form of any thorough inventor, Robert has also provided the laws which govern it. “Metcalfe's Law” characterizes many of the network effects of communication technologies and networks such as the Internet, social networking and the World Wide Web. This law directly relates to economics and business management – especially with competitive companies looking to merge with one another. Former Chairman of the U.S. Federal Communications Commission Reed Hundt said that this law “gives the most understanding to the workings of the Internet.”

In this presentation, Bob regales his audience with stories about the invention of Ethernet, the startup (3Com), the standards, and the evolution of Internet infrastructure. The knowledge and know-how of this lecture are unparalleled and full of insights about how innovation can be done, and how to do it yourself.

Innovation: It Takes All Kinds

Innovation takes various forms, and there are many taxonomies for dividing them up. In this presentation, Metcalfe discusses the different types of innovation and shows you how they relate to you. Read More >

Best demonstrated in person, Metcalfe’s favorite form of innovation is the two-by-two matrix formed by crossing new and old knowledge with new and old ways of using it. Most people have rich and full lives in the not-innovative quadrant of this innovation matrix. But most human progress, including the new jobs our economy so badly needs, is made in the other three.

The Doriot Ecology is a natural resource that can be sustainably managed and harvested to produce economic growth, freedom and prosperity. Metcalfe discusses and defines evidence that indicates that we should invest in research professors more than researchers in corporate labs, because among corporations only monopolies can afford research, and we cannot afford monopolies. Further, since much of innovation is a battle with the status quo, even when monopoly research labs produce important new knowledge, they are the least motivated to change the world with it.

It is urgent that we ask how we might improve our research universities for the important innovation challenges ahead. Are university management practices working well? Should research be driven by professorial curiosity and not focused on solving problems? Should research be managed by peer review? Should faculty tenure contracts so strongly thwart performance management? Metcalfe answers these, and any other questions, that your audience may have.

Type III Innovation is the most difficult, using new knowledge in new ways — do not try this at home. It is also especially difficult doing any of these types of innovation at large scale. Technological, entrepreneurial innovation at scale -- this is the kind of innovation called for in the motto of The University of Texas at Austin, “What Starts Here Changes the World.” Read Less ^

At 3Com, he continued the relentless pace he'd kept since college, frequently working all night on new projects, and assembling a group of fellow all-night engineers who became known as Metcalfe's Midnight Pizza Team. In this presentation, Bob shares this incredible, landmark story of innovation, the founding of 3Com, and how the innovations made there and then, affect us now.

Bob Metcalfe Gives Birth To Ethernet And Namco To Pac-Man: This Week in Tech History

A Faster Internet Accelerates Disruption of the Status Quo 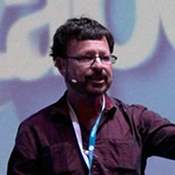 Inventor of the MP3