With a twice-weekly column appearing in hundreds of newspapers nationwide, Cal Thomas is the most widely read and one of the most highly regarded voices on the American political scene. He is contributor to the Fox News Channel and also hosts a daily radio program syndicated to more than 300 stations and co-writes a twice-monthly column titled "Common Ground" for USA Today with his longtime liberal Democrat friend, Bob Beckel. In addition to his decade-long relationship with Fox News, Thomas has worked for NBC, CNBC, PBS television. Read More >

For three decades he has been one of the most trusted and entertaining speakers about our political future, and is the perfect speaker to bring in for a keynote or a heated and humorous debate. Thomas offers his view of the American landscape and addresses the historical conditions and decisions that have shaped it. As a political speaker who has lectured on college campuses and is in great demand as a speaker for private, public and corporate audiences worldwide, he addresses the failed attempts — political, commercial and social — to solve the major problems of recent generations and offers his own views on the right remedies we should pursue.

A writer of force and clarity, Cal Thomas has authored eleven books including his most recent, What Works - Common Sense Solutions for a Stronger America, which focuses on what promotes the general wellbeing and prosperity, regardless of which party or ideology gets the credit, and provides an answer to the question of why we constantly fight the same battles over and over. Other best-selling books include Common Ground: How to Stop the Partisan War that is Destroying America, Blinded by Might: Can the Religious Right Save America?, A Freedom Dream, Public Persons and Private Lives, Book Burning, Liberals for Lunch, Occupied Territory, The Death of Ethics in America, Uncommon Sense and Things That Matter Most.

A graduate of American University, Thomas has appeared on NBC Nightly News, Nightline, The Today Show, Good Morning America, CNN’s Crossfire, Larry King Live and the Oprah Winfrey Show. In 1995, Thomas was honored with a Cable Ace Award nomination for Best Interview Program. Other awards include a George Foster Peabody team reporting award, and awards from both the Associated Press and United Press International. Read Less ^

The United States of America Has the # 2 Economy

CROSSROADS: A Conversation about America’s Future

In this exciting new presentation, news icons Cal Thomas and Juan Williams debate about the most important issues driving America’s future and our political leadership. In a fair and balanced format, these two trusted voices explore the question on every American’s mind: Why do our political leaders consistently fail to meet on common ground to solve our most critical problems?

With more than 60 collective years of experience at the frontlines of American politics, Thomas and Williams invigorate listeners with their knowledge, passion, humor, and clear commitment to presenting the facts rather than just holding to party lines. Truly dedicated to finding a way in which we can effectively lessen the divide on such monumental issues as race, economy, education, healthcare, and foreign policy, these two examine the qualities and shortcomings of our political process, how elections are affected, and how those in the positions of power act.

In what is sure to be one of the most motivating and empowering programs ever to hit the stage about American politics and the progression of the election process, audiences will leave with a new understanding of the political landscape, inspired to engage in helping shape our future.

What Works: Common Sense Solutions for a Stronger America

In What Works, Cal Thomas focuses on what promotes the general welfare, regardless of which party gets the credit. He provides answers to questions like: Why must we constantly fight the same battles over and over? Why don't we consult the past and use common sense in order to see that what others discovered long ago still works today? Read More >

And why does Washington often look like the film Groundhog Day, with our elected officials repeating identical talking points from previous days, months, and years? Without letting politics or ignorance, get in the way, Thomas challenges audiences to pay attention so that politicians can no longer pick their pockets--literally or intellectually. Read Less ^

In the past 40 years, we have tried everything in an effort to solve our major problems, including bigger government and the higher taxes and increased spending that support it, to proposals for smaller government, lower taxes and less spending. Now, our children are exacting revenge. What happened to self-evident truth to which our founders appealed? What profit is it if we gain wealth and success, but lose our souls? Is it too late to recover a moral sense, or does the new century and second millennium offer a unique opportunity to begin again?

"Cal was great! He was very willing to engage in the conference and with the audience. His talk was outstanding.  Thanks so much for your help in making this happen!" 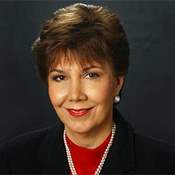