Registered dietitian Carolyn O’Neil believes that nutrition education is vital today more than ever and professes, “The more you know, the more you can eat.” Through more than 20 years of study and television reporting on food, nutrition, and cuisine, O’Neil has provided consumers with helpful information and insights on all aspects of living well. Now she is putting those talents to work on and off camera—most recently on The Today Show, Fox & Friends, and in PARADE—combining new dietary aptitude with a stylish lifestyle attitude. Read More >

A celebrated journalist and contributor to such magazines as Cooking Light and Gourmet, O’Neil recently launched what has since become a handbook for women across America wanting to adopt healthy lifestyles (not diets!): the best-selling book The Dish on Eating Healthy and Being Fabulous, with co-author Densie Webb, Ph. D., R.D. (published by Simon & Schuster Atria Books, June 2004). In February 2005, The Dish received the Gourmand World Cookbook Award for being the “Best Health and Nutrition Cookbook” worldwide.

Before reaching national fame as a best-selling author, O’Neil received nationwide acclaim as a television personality. During her tenure with CNN, O’Neil served as executive producer and senior correspondent for CNN’s award-winning On the Menu, which was consistently one of the network’s highest-rated weekend programs during its 16-year run. As anchor and senior correspondent for CNN Travel Now, she hosted programs on location from the beaches of Hawaii to the streets of Saigon. Most recently, O’Neil took her following to PBS where she co-hosted the nationally televised series Cook-Off America with Chef Marcel Desaulniers, which aired in 2003 and 2004. O’Neil is currently recognized as “The Lady of the Refrigerator” on Alton Brown’s Good Eats, seen on the Food Network. And online she was chosen by AOL as a Diet Coach, featuring material from The Dish.

A respected authority in her field, O’Neil has collaborated with such national food brands as Quaker, Tropicana, Centrum, Dannon, Nabisco, and the Milk Moustache Campaign. For three years, she served as the national spokesperson for the American Dietetic Association/Con Agra Foods Foundation Home Food Safety Campaign. Additionally, she is a popular resource for national media and often quoted on diet and nutrition issues in publications such as USA Today, Newsweek, Marie Claire, Better Homes & Garden, Self, Shape, Glamour, and InStyle magazines.

O’Neil has been recognized with many honors throughout her career including an award for the “Best TV Food Journalist” in 1999 at the World Cookbook Fair in Versailles, France; accolades for journalistic excellence from the National Restaurant Association, the American Heart Association, and the American Dietetic Association; nominations for two Cable ACE awards; and the TARA Award for “TV Personality Woman of Achievement” from the Atlanta Women in Radio and Television. In 1995, O’Neil won two James Beard Awards, which spotlight the best in television food journalism. Three years later she was inducted into the James Beard “Who’s Who in Food and Beverage.”

The Dish on Eating Healthy & Being Fabulous

Nutrition in the News: The Truth Behind the Headlines

"Superb – Fabuleux… your book. We’re changing the trend from zee boring diet books… Congratulations. Hope we can celebrate somewhere with a glass of my favorite bubbly but here’s to your continued success."

"The Dish sends women an empowering message about food and fitness. You can eat great tasting food that promotes health, you can do it on your own terms, and have fun along the way."

"At a time when people are more confused than ever, Carolyn O’Neil and Densie Webb bring common sense in helping people customize a diet that’s just right for them."

"You are a true find! You brought so much to the Culinary Concept venue – a new level of professionalism and entertainment value. You’ve definitely made your mark and I’m glad you’re with us."

"Forget highly restrictive diets that force you to give up your favorite foods. The Dish combines the latest sound nutritional advice with lively tips on how to have fun while achieving a lifetime of optimum health."

"Carolyn O’Neil was there to educate America as the food sense and heart and soul of CNN. We need her more than ever now. She has style of conscientiousness and she’s always on top of it. And if you see her at events such as the James Beard Awards she is so glamorous, embodying “fabulous."

"Your talk was excellent in that it truly provided not only food and nutrition trends but also key points that captured the interest of our students. The nutrition profession is very lucky to have someone like you to articulate the issues and also propose solutions in such a practical and interesting way." 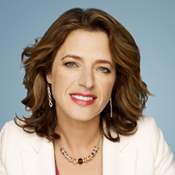