With more than 30 years of leading teams up to the summit of Mount Everest—the world’s highest peak—David Breashears has established himself as an expert on leadership in extraordinary, dynamic environments. An accomplished team leader in both film and adventure, Breashears combines his skills in climbing and filmmaking to bring audiences to earth’s most extraordinary and dangerous places, and accomplishing remarkable feats in the process, including transmitting the first live television pictures from the summit of Mount Everest. Read More >

David Breashears is an accomplished filmmaker, explorer, author, mountaineer, and professional speaker. He is also the founder and Executive Director of GlacierWorks, a non-profit organization that uses art, science, and adventure to raise public awareness about the consequences of climate change in the Greater Himalayan Region. Since 1978, he has combined his skills in climbing and filmmaking to complete more than forty film projects.

In the spring of 1996, Breashears co-directed and co-produced the first IMAX film shot on Mount Everest. When the now infamous blizzard of May 10, 1996 hit Mount Everest, killing eight climbers, Expedition Leader Breashears and his team were in the midst of making this historic film. In the tragedy that soon followed, Breashears and his team stopped filming to provide assistance to the stricken climbers. After returning to Base Camp, Breashears and his team then regrouped and reached the summit of the mountain on May 23, 1996, achieving their goal of becoming the first to record IMAX film images at Earth’s highest point. Breashears has said that if there is a lesson to be learned from the May 1996 tragedy, it is that for him, success that year was not to be found in reaching the summit, it was that everyone on his team returned safely. The film, titled EVEREST, premiered in March 1998.

Breashears is an accomplished, highly sought-after professional speaker who has delivered his presentations throughout North America, Canada, Europe, and Asia. His lectures are closely tied to his ascent of Mount Everest in 1996 as expedition leader and co-director of the IMAX film team. He conducts quarterly lectures each year on leadership, planning and team building at the Advanced Management Program at INSEAD in Fontainebleau, France; widely recognized among the world’s top-tier business schools as the most innovative and influential. He also speaks about “Leadership in an Unpredictable World” six times annually to groups of Admirals and Commanders at the Naval Post-Graduate School’s Center for Executive Education in Monterey, California. His book High Exposure: An Enduring Passion for Everest and Unforgiving Places was published in 2000 with a foreword by Jon Krakauer. Read Less ^

David Breashears’s leadership presentation is based on 25 years of real-life frontline experience as a widely traveled mountaineer, adventurer, and filmmaker. In telling the story of the now infamous 1996 tragedy on Mount Everest, Breashears dramatically recounts the vision, courage, and passion that led to his team reaching the summit on May 23, 1996 despite insurmountable odds. His multimedia presentation includes breathtaking and rarely seen images from his IMAX Everest expedition. Breashears has said that if there is a lesson to be learned from the tragedy, it is that success was not only being the world’s first IMAX team to film on Everest’s summit, it was also that everyone on his team returned safely from the mountain.

What It Takes to Climb Any Mountain

"I would wholeheartedly recommend David to anyone seeking a dynamic, inspiring presentation illustrating the possibilities of what can be achieved through hard work, teamwork, and consummate professionalism."

"Thank you so much for your stimulating keynote presentation at the Family Firm Institute’s annual conference. We were delighted with both the content and the style and were extremely pleased that you took time for questions."

"Our conference was a great success….the dealers said it was the best ever. Thanks so much for recommending David. His work aligns very nicely with our mission and we hope to work with him again."

"[He was] a perfect 20th anniversary speaker. Very genuine and sincere and inspiring…It was a delight."

"He is a genuine man who has a great message. His story certainly resonated a bit more with folks who have more work experience and know you can’t push a failing proposition forward. Those who had lunch with David also very much so enjoyed the experience. The individuals who were able to connect the dots with his presentation to our earlier messages got a lot out of it."

High Exposure: An Enduring Passion for Everest and Unforgiving Places 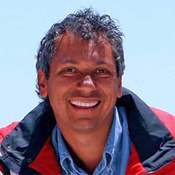 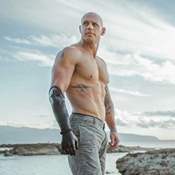