Diane Keaton remains virtually peerless in the acting profession. With 50 movies and television shows under her belt, she has deftly managed to take on a wide range of roles and has not limited herself to any one genre. The lead in the 1977 film Annie Hall was Keaton’s breakout role and had been written expressly for her by the movie’s director, Woody Allen, who was also her boyfriend at the time. This role was based on her real-life self and created using Keaton’s nickname “Annie” and real last name “Hall.” Keaton went on to mesmerize Hollywood with her quirky personality and fashion sense. Read More >

Annie Hall was not her first role, however. Keaton started her acting career at the Santa Ana College studying drama but then decided to leave that school early to begin acting at the Neighborhood Playhouse School of Theater in New York. There she had her first starring role in the Broadway play “Hair.” Her first movie role was Lovers and Other Strangers. But it was with the Woody Allen play “Play It Again Sam” that Keaton received a Tony nomination and began a record of award-winning performances.

The first of several starring roles in films directed by Woody Allen was her performance in the screen adaptation of Play It Again Sam. She later went on to star in the Allen films Sleeper, Interiors, Radio Days, Manhattan, Love and Death, and Manhattan Murder Mystery. Although comedy was where most of Keaton’s initial success resulted, she did earn a Golden Globe nomination for the thriller Looking for Mr. Goodbar; in that same year, she received an Oscar for Annie Hall, which also won an Oscar for Best Picture.

Keaton later starred in the movie Reds, for which she received another Oscar nomination, and again stepped outside of the comedy genre to star in the 1984 film The Little Drummer Girl and Francis Ford Coppola’s The Godfather, The Godfather: Part II, and The Godfather: Part III. But she returned to her comedy roots alongside Steve Martin in films like Father of the Bride and its sequel, Father of the Bride Part II, as well as by starring alongside Bette Midler in The First Wives Club and Jack Nicholson in Something's Gotta Give.

Keaton took the reins of her career when she began directing with the documentary film Heaven. She went on to direct other projects such as the acclaimed movie Unstrung Heroes and an episode of the cult classic TV show Twin Peaks, as well as several music videos. Most recently she authored the 2011 memoir Then Again, a poignant and personal reflection on Keaton’s career as well as her close relationship with her late mother.

Keaton’s newest book, Brother & Sister: A Memoir, is a poignant exploration of her relationship with her younger brother and the divergent paths siblings' lives can take. Keaton delves into the nuances of their shared, and separate, pasts to confront the difficulties of her brother living with a mental illness in addition to why and how he ended up living his life on "the other side of normal."

Today Diane Keaton continues to act and direct, remaining popular with crowds from teenagers to senior citizens. She is a rare breed of performer whose appeal seems to span generations. In addition to her Oscar win, Keaton has garnered 23 award nominations and 17 wins. Read Less ^

Discussion on Her New Book: Then Again

When they were children in the suburbs of Los Angeles in the 1950s, Diane Keaton and her younger brother, Randy, were best friends and companions. But as they grew up, Randy became troubled, then reclusive. By the time he reached adulthood, he was divorced, an alcoholic, a man who couldn't hold on to full-time work - his life a world away from his sister's, and from the rest of their family. Keaton shares an honest look at a family impacted by mental health. Keaton's story speaks across generations to families whose lives have been touched by the fragility and "otherness" of loved ones - and to brothers and sisters everywhere.

Diane Keaton takes audiences further into a life that is now more mom than movie star. Offering a candid look at beauty and aging, Keaton shares with us the funny and not-so-funny moments of always staying true to yourself. Her self-knowing commentary on the bold personal choices she’s made through the years and her experiences with the many beautiful men in her life are as fiercely original as Keaton herself. By now, her quirky, wise and hilarious observations are familiar to her 256,000 Twitter followers, 45,000 Pinterest fans and 43,000 Facebook admirers. In Keaton’s open dialogue about being a mother, daughter, lover, friend and artist, she shares personal stories will ring true to women everywhere.

Being Fearless in Life

Then Again: An Evening with Diane Keaton

"Amazing! I cannot say enough great things about her. This was the best we’ve ever had! It was just perfect. The audience loved her, everyone from Integris loved her and the attendees at the reception loved her… she’s phenomenal. Thank you so, so much for all of your help in making this happen!" 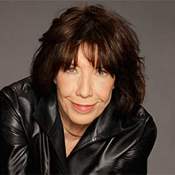