As the best-selling author of 5-Factor Fitness and 5-Factor Diet and as a renowned fitness and nutrition expert, Pasternak has appeared on The Oprah Winfrey Show, The Tyra Banks Show, Access Hollywood, Extra, VH1, CNN, E!, Rachael Ray and Next Top Model as well as making regular appearances on NBC’s The Today Show. Pasternak and the 5-Factor brand receive extensive print coverage in publications as diverse as Cosmopolitan, US Weekly, InTouch, Shape, Woman’s World, People, Glamour, Elle, Allure, Men’s Health, Jane, Fitness, Seventeen, Marie Claire, Teen People, New York Post, LA Times, Star, Urb, and The Washington Post. Pasternak is responsible for getting many of Hollywood’s most recognized celebrities into the best shape of their lives, from Jessica Simpson to Kanye West and Eva Mendes to John Mayer. Read More >

With a Masters of Science in Exercise Physiology and Nutritional Sciences from the University of Toronto, and an Honors Degree in Kinesiology from the University of Western Ontario, Pasternak’s books have been published in international markets in seven different languages.  Pasternak is a spokesperson for Nintendo’s Wii Fit, New Balance athletic footwear, and Coca-Cola’s Fuze sugar-free beverages, and has made appearances in more than 20 countries.

After spending much time on the road in recent years, Pasternak is now turning his attention to globesity and the relationship between the world’s healthiest countries and the foods they eat in his upcoming, much-anticipated World Diet. Read Less ^

5-Factor Fitness: The Diet and Fitness Secret of Hollywood's A-List 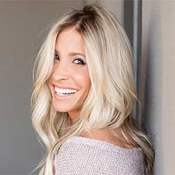