A health expert, Jane Brody tries to be good to her body, to fuel it right and move it regularly, so that it will continue to be good to her. Though Brody follows a regular regimen, she is no fanatic. Moderation and variety, not deprivation and denial, are her watchwords. To keep her body from "rusting out," she insists on daily physical activity, alternating between walking, cycling, swimming, ice skating, tennis, hiking, gardening, and cross-country skiing. The result is a woman who is more robust, energetic, youthful, and trim at 62 than she was at 16. Read More >

Brody received her BS degree in biochemistry from the New York State College of Agriculture and Life Sciences at Cornell University and a Masters degree in science writing from the University of Wisconsin School of Journalism. After two years as a general assignment reporter for the Minneapolis Tribune, she joined The New York Times as a full-time specialist in medicine and biology. In 1976 she became the Times' personal health columnist. Her widely read and quoted column, which appears every Tuesday in the Times' Science Times section and in scores of other newspapers around the country, earned her the title of “High Priestess of Health” from Time magazine.

Brody has also written many magazine articles and lectures frequently on health issues to audiences both lay and professional. She has appeared on hundreds of radio and television shows throughout the country and has received numerous prestigious awards for journalistic excellence. In 1987, she was awarded an honorary doctorate from Princeton University. She also holds honorary doctorates from Hamline University in St. Paul, the State University of New York Health Sciences University, and the University of Minnesota School of Public Health.

Brody will be the first to tell listeners that a healthy lifestyle leads to happiness. Her speeches are informative and influential, as she reminds us all how important eating right and regular exercise can be. Read Less ^

Guide to the Great Beyond

Guide to the Great Beyond - Part 2

Guide to the Great Beyond - Part 3

Healthcare speaker Jane Brody shares her trademark brand of wisdom on a range of health and fitness issues, from how to trim the amount of fat in your diet to how to incorporate an exercise routine into your busy lifestyle. She emphasizes that important role that preventive healthcare measures should play in all of our lives, and gives audiences plenty of good ideas and invaluable information that they can use to immediately improve their health and well-being.

Cancer survivor Jane Brody offers an uplifting look at dealing with breast cancer. She emphasizes the message that women have to go on with their lives, stay healthy, and do all they can to promote early diagnosis and prevention.

The Great Beyond: Preparing Medically, Legally & Emotionally for the End of Life

Health in the Workplace 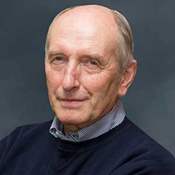 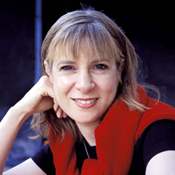 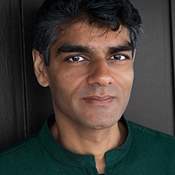