JB Straubel is the Co-founder and Senior Advisor of Tesla, Inc., “the #1 Most Innovative Company in the World,” according to Forbes. At Tesla, JB started as the was the Chief Technical Officer (CTO), where he managed the technical direction and engineering design of the Tesla products including battery technology, power electronics, motors, software, firmware and controls. Most of all, JB also created and managed many important Tesla´s initiatives. First of all: Tesla Energy business providing grid storage for commercial utilities and residential consumers. Another: the worldwide Tesla Supercharger network of fast DC chargers. Finally: the Tesla Gigafactory which is leading the way toward increasing worldwide battery production and lowering the cost per kWh. Furthermore, he also has responsibility for new technology evaluation, R&D, technical diligence review of key vendors, and building partner relationships. Read More >

In addition to his work at Tesla, Inc., JB has also served on the Board of Directors for Solar City, the leading US residential solar company, since their founding. Furthermore, he is a lecturer at his alma mater, Stanford University. He created there and also teaches an engineering class and lab focused on energy storage integration (CEE 176C) in the Engineering Department. In 2017, JB has also co-founded Redwood Materials, a startup focusing on advanced technology and process development for materials recycling, remanufacturing, and reuse. He expects to have a massive growth moving forward as the world transitions to electric vehicles and sustainable transportation.

JB has had a lifelong interest in electric vehicles, also including rebuilding an electric gold cart at the age of 14, an Electric Porsche 944. As a result it held a world EV racing record, solar car racing and building a hybrid trailer system that he designed while in college. Consequently, in 2008, the MIT Technology Review chose JB as “#1 Innovator of 35 under 35 for the year”. Furthermore, in 2009 DesignNews named him “Engineer of the Year”. Finally in 2015 he was listed as #2 on Fortune’s 40 under 40 most influential business and innovation leaders. JB is an inventor on over 30 patents covering most areas of Tesla’s core battery, motor and controls systems.

He received a BS in Energy Systems Engineering and also an MS in Energy Engineering, emphasis on energy conversion, both from Stanford University. Furthermore, outside of Tesla Motors, Straubel is also an active cyclist and pilot and holds private pilot, instrument, glider and multi-engine ratings. Read Less ^

All Grown Vehicles Will Migrate to Electric

Looking at Technology as a Long Term Trend 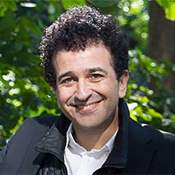 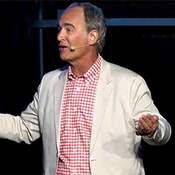