J.D. Kleinke is a medical economist, author, and entrepreneur. He has been instrumental in the creation of four health care information organizations, served on the Boards of several health care companies, and advised both sides of the political aisle on pragmatic approaches to health policy and legislation.  Read More >

J.D. was one of the early developers of the health care informatics industry. In the 1990s, he was a principal architect in the creation and rapid growth of HCIA/Solucient - now Truven Health Analytics - from a niche health care data analysis firm to a leading provider of information products to health care organizations across the U.S. and Europe. He also helped establish HealthGrades, which he served as Executive Vice Chairman of the Board.

Before HCIA, J.D. was the Director of Corporate Programs at Sheppard Pratt Health System, the largest private psychiatric hospital in the US. While at Sheppard Pratt, J.D. developed and managed - at the age of 28 - the nation's first provider-based, managed mental health care system.

J.D. has served as a member of the Editorial Board of Health Affairs and frequent contributor to The Wall Street Journal and The Huffington Post. As a Resident Fellow at the conservative think tank, the American Enterprise Institute, J.D. was the first to publish in the national media about the conservative origins of the Affordable Care Act. His article on these origins in The New York Times, The Conservative Case for Obamacare - published five weeks before the re-election of President Obama - generated significant controversy, but has since become part of the nation's understanding of the law.

Finally, he is the author of five books about the US health care system, most recently Catching Babies, a novel about the training and culture of OB/GYNs, currently in development with ABC & Warner Bros as a TV series. In addition, he wrote Bleeding Edge and Oxymorons, two works of non-fiction about the American health care system. Read Less ^

What NOW? The US Health Care System After COVID

First, the good news: after 30 years of hype, hope, and disappointment, telehealth has finally broken through – and all it took was a global pandemic. But thanks to the pandemic, one-third of the medical workforce now wants to quit. How will your organization cope with the coming systemic shock? Will the ongoing migration of medical care to less invasive settings ease some of the burden, by re-aligning where patients get their care with where and how your employees would rather work? The question is especially pressing as the demand for all health care services is about to spike, thanks to the “collateral epidemiology” of the pandemic: the medical consequences of patients putting off primary care, cancer screenings, surgeries and other treatments for two years. Challenges yes, but are they also mean opportunities for organizational transformation in what may be the most significant structural re-alignment of health care in the US since the rise of managed care in the 1990s. This session will outline what both telehealth and traditional medical care will look like in the very near future – and organizational strategies for adapting, surviving and thriving in the American health care system after the pandemic. Read More >

J.D. Kleinke is a medical economist, author of three books on the structure of the US health care system, and a former health care executive. He has been instrumental in the creation of four health care information organizations, including HealthGrades and HCIA/Solucient/Truven; has served on the Boards of several health care companies; and has advised both sides of the political aisle on non-partisan, practical approaches to health policy and legislation. J.D. has been a frequent contributor to The Wall Street Journal, member of the Editorial Board of Health Affairs, and a Resident Scholar at the American Enterprise Institute. His books include Bleeding Edge: The Business of Health Care in the New Century; Oxymorons: The Myth of a US Health Care System; and Catching Babies, a novel about the training and culture of OB/GYNs, which is currently in development as a television series by Warners Bros TV and ABC. Read Less ^

Repeal & Repeat: After Obamacare, Maybe Obamacare by Another Name?

The situation is fluid... or is it? The new Congress and Administration rushed in to repeal and replace Obamacare, until they started looking at the details. This session provides a hard look at the realistic options for Republicans seeking to replace the ACA while minimizing the political damage to themselves and economic damage to health care insurers, providers, and beneficiaries. This session examines potential health insurance market upheavals, collateral impacts on hospitals, and the potential reshuffling of different patient populations in and out of coverage. And it lays out a practical framework and set of critical success factors for your organization going forward, as health care enters what may be the most volatile transition in the history of an industry already defined by uncertainty. This speech is not for the faint of heart!

Do payers really mean it this time... or are we just partying like it's 1999? Value-based payment, global package pricing, MACRA, ACOs, medical homes - these are only a few of the latest attempts to correct the health system's economic, behavioral and organizational disorders a century in the making. The cost and quality problems that gave rise to the national managed care companies in the 1990s have not gone away, inspiring both the government and large health plans to simultaneously revisit many of those same managed care strategies. Will this second - and double dose - of harsh economic medicine prove worse than the disease? Or are certain aspects of health care's cost and quality problems simply incurable? How can provider organizations cope with a system that, as the government and payers attempt to re-engineer it around reimbursement, seems to yield only more chaos? This session will outline how your organization can navigate the latest attempt to use reimbursement and other payment reforms to re-engineer the U.S. health care system.

American Medicine 2.0: The Revolution Will Be Computerized

Health care has finally caught up with the rest of industry. Now, the one element central to the business strategies of almost all health plans and provider systems is information technology. These technologies are now mission-critical, as they are required to support: new payment models for hospitals and physicians for acute cases; the transfer of financial risk from insurers and the government to ACOs for the aggregate cost of chronically ill patients; and cost-driven re-engineering of antiquated clinical workflows. All of these new initiatives are highly dependent on major expansions in the availability of patient clinical data - including all lab and imaging data and related studies - along with the creation of new information flows within and across provider systems. This session will outline how your organization can avoid the pitfalls and seize the opportunities associated with this long overdue computerization of American medicine.

The Patient Is In: Healthcare’s Next Economic Revolution

Over the past two decades, the locus of medical decision making â€“ via the rise and fall of "managed care" - has shifted from physician to health plan to patient. Tiered co-payments and the introduction of high-deductible health insurance, coupled with Health Savings Accounts, are ushering in the inevitable decline of first-dollar coverage by health plans and the often irrational demand-inducement behavior of consumers. How will people behave when they are confronted daily with a financial document that looks like a 401(k) plan statement - one which shrinks with every doctor visit, lab test, new prescription and refill? Everything we think we know about how consumers will behave when purchasing routine care from these new cash accounts - and about how desperately ill patients will behave when confronted with draining those same accounts when fighting a life-threatening illness - is completely speculative. This session examines key moments in health care system history and policy for clues as to what the future will hold for all of us, not just as patients, but as real health care consumers.

$17.2 billion in Federal funding later... and the provider industry is finally almost computerized, sort of. And while everyone has been busy implementing EMRs, there has been explosive growth in all kinds of digital tools for patients to share exquisite details about their medical conditions and experiences - with their current providers, with new providers, and with each other. New reimbursement methods and models - including insurer-paid e-visits and annual "connectivity" fees from patients - are emerging in parallel with these technologies, as the health IT community finally addresses the need for privacy, security, physician income preservation, and liability protection. The sum total of these trends is the long overdue computerization of health care, and the "liquification" of patient data from paper charts and institutional silos - with far-reaching strategic consequences for every organization in health care. This session will outline how your organization can avoid the technical pitfalls and seize the market opportunities associated with this long overdue connectivity between providers and patients.

The High Price of Progress: Who Pays for Medicine's Good Bad Luck?

The majority of medical research compels the utilization of ever newer and ever more expensive drugs and other medical technologies. At the same time, the majority of actions by private and public health plans seek to constrain their use - or outright shift the bulk of payment for them to patients and their families. The result is an emerging collision course - between the march of medical science and the countermarch of medical policy - arising from often bitterly divided views about the optimal use of expensive medical resources. The turmoil in the private health care system's approach to managing health benefits and costs can be remedied through adoption of a value-based (rather than price-based) approach to pharmaceutical and other medical technology spending - and all stakeholders in the system have the opportunity to enable, rather than resist, the hard economic news associated with all of our good clinical luck.

Oxymorons: The Myth of a US Health Care System

The Big Bang Theory: This is the new project of the interpreter of Leonard Hofstadter 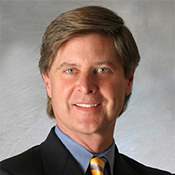