Journalist & Best-Selling Author of All Joy and No Fun

Much has been written about how parents affect their children. But how do children affect their parents? Jennifer Senior, one of the three daily book critics for the New York Times and former writer for New York Magazine, ponders this dynamic in her book All Joy and No Fun. When Senior was still at New York Magazine, she specialized in long, elaborate stories about social science, using a trademark combination of academic research, empathy and wit to investigate some of most challenging aspects of our social and interior lives. Read More >

Debuting at #6 on the New York Times Best Seller list in early 2014 and remaining there for seven weeks, All Joy and No Fun also appeared on the Washington Post, Los Angeles Times, Boston Globe, San Francisco Chronicle and Denver Post Best Seller lists. In addition, it was named one of Slate's Top 10 Books of the Year. So far, Senior’s first book has been translated into ten languages and in March of 2014, Senior spoke at both TED’s annual conference and the Sydney Opera House.

Senior’s gift for clarity, generosity and insight earned her the Erikson Prize in Mental Health Media in 2011 and a spot on the advisory board of the Austen Riggs Center, a psychiatric facility specializing in treatment-resistant patients. In addition to her work on social science and mental health, Senior is known for her top-notch political reporting. She has been a frequent guest on NPR and numerous television programs, including Charlie Rose, The Chris Matthews Show, Hardball, Morning Joe, Washington Journal with Brian Lamb, CNN American Morning, Anderson Cooper 360, Good Morning America, CBS This Morning and Today. Senior is also regular contributor to the New York Times Book Review.

Senior has written about subjects as varied as positive psychology, burnout, IQ testing in kids, loneliness in adults, the outsize influence of the high school years and the horrors of combat. As a former anthropology major, she has a flair for ethnography, understanding her subjects in the context of larger systems and forces, and she tries to see them as they see themselves, bringing their experiences to the page with compassion and descriptive power. As a public speaker, particularly when discussing All Joy and No Fun, she has been described as “warm, engaging, informative and inspiring,” with audience members telling her after presentations that she’s drained away their parenting shame and filled them with relief. Read Less ^

TEDTalk: Technology and Its Impact on Parenting

The Paradox of Modern Parenthood

Back in 1942, anthropologist Margaret Mead noticed something intriguing about America's parents: The subject of childrearing — so uncomplicated in other countries and settings — left them feeling anxious, unstrung and vulnerable to fads. More than 70 years later, parents are still grappling with these same feelings of uncertainty. In this talk, Jennifer Senior explores some of the unseen forces that are making parents so anxious, including the historic transformation of the child’s role; the liberating-yet-confusing introduction of personal choice; and dramatic changes to how we live and work. In so doing, she hopes to make parents see that their challenges, which they so often assume are of their own making, are in fact part of a much larger picture, and that they are by no means struggling alone. She also talks about what can be done to help think differently about raising children, examining the distinction between happiness and joy, and ultimately sheds light on why most parents still say that raising children is the meaningful thing that they’ll ever do.

The Unshaming of Motherhood

Ask the average mother how she’s doing, and the odds are pretty good that eventually, she’ll start cataloguing all the mistakes she’s convinced she’s making. A number of forces have conspired to make us feel this way: Deceptively curated social media; a widespread misconception that there's a right way to parent; an impossible mandate that we need to create happy kids (a recipe for heartache, which Senior talked about briefly at TED); and most important, a widespread cultural ambivalence about women working, even though mothers are now the sole or primary breadwinners in 4 out of 10 households. Senior unpacks each of these ideas, shows how they're spurious and dangerous, and talks about ways to beat back maternal guilt.

Today, mothers and fathers both work roughly the same number of hours per week, if one takes into consideration both paid and unpaid labor. Yet mothers still feel more rushed and anxious. The question is: Why? Among the many explanations: When women are at home, they task-switch far more frequently than men; they assume far more deadline-centered burdens; they consider child care a much harder form of labor than any other. Yet they are not the only ones who are struggling: Today, fathers are reporting as much work-life conflict as mothers, suggesting they, too, feel anxious and strapped for time. Any attempts to address work-life balance, therefore, must in some ways begin at home, says Senior, and must involve a combination of behaving differently and recalibrating our expectations. She’ll talk about ways for mothers and fathers alike to address work-life balance, both psychologically and practically, using a blend of data, philosophy and life hacks she’s learned from marriage researchers. She will also talk about ways to address work-life conflict through changes in corporate culture and government policy.

"Jennifer Senior was a guest at All about Women at the Sydney Opera House. She was a brilliant speaker—full of ideas, lively, engaged and with a wonderful sense of humor. Jennifer was also the perfect festival guest. She was very generous with her time, truly professional and great fun to have around. I’m just waiting for her next big idea to invite her back."

"The first time I saw Jennifer speak at TED, I knew she would be perfect for our annual conference on global trends. Her point of view on shifting roles of men and women, more specifically on parenthood, was perfectly suited for our exploration of the Female Frontier trend. She is insightful, engaging and witty. Her segment of the program was among the most popular with the conference attendees."

"Jennifer delivered a keynote address at the AMS Annual Conference—a major event that drew over 4,000 educators from countries worldwide. Our attendees (and staff!) fell head over heels for her. Jennifer spoke insightfully and movingly, bringing the audience to tears as well as rousing applause throughout. The presentation resulted in a standing ovation—followed by sold-out sales of her book, and a long line of buyers waiting to get their copies signed. It should also be noted that pre-presentation, while the AV team was making adjustments, Jennifer was flexible and patient—despite the fact that her start time was quickly drawing nigh. In moments like this, we often feel the need to help the speaker relax—but in this case somehow things reversed, and it was Jennifer, with her coolness and sense of humor, who was keeping the rest of us even-keeled. She was equally as easy to work with after the event, including during the book-signing, when she generously shared words (and took part in photo ops) with her admirers. We need more Jennifers in our world to help guide, teach, and support our work as parents, teachers, and grandparents. This event confirmed us as avid followers."

"It is with pleasure and confidence that I strongly recommend author Jennifer Senior as a public speaker. Ms. Senior is the best-selling author of All Joy and No Fun: The Paradox of Modern Parenthood, released in early 2014. You’ll find many positive reviews of Ms. Senior’s book online – all will note her fine attention to detail, her deft handling of narrative structure, her compassion and insight into her subject matter. What they don't convey, and can’t, is how singularly impressive she is as a speaker. Ms. Senior did a public presentation for Family Action Network; over 500 attended on a Friday night, and we sold many books. Ms. Senior possesses a clear, confident speaking style, displays a strong mastery of her topic, and is eloquent and descriptive. She held everyone’s attention for 70 minutes, sharing research, anecdotes, and observations with wit and keen focus. The audience surveys were remarkably uniform in their evaluation of Ms. Senior, giving her high marks for being engaging, insightful, satisfying, valuable and stimulating. We’d hire her again without a second thought – she was easy to work with in advance of the event, and was prompt and prepared at all times."

"Jennifer Senior delivered everything we were looking for in a speaker. Her presentation was engaging from start to finish, her content thoughtful and intelligent, and her message impactful and entertaining. No one wanted to leave when the event was over—the room was abuzz with conversation. I strongly recommend Jennifer Senior. You will love her."

"Jennifer had the crowd from the start. She immediately connected with them and you could feel the minds in the room grabbing hold of her observations about parenthood. She left everyone better able to understand their own feelings and knowing they were not alone. Her warm and generous greetings to everyone after the talk were just the icing on a delicious cake."

"Jennifer Senior delivered one of the liveliest, most informative, and entertaining programs Kansas City Public Library has hosted to date. She is a warm, engaging, responsive speaker. From a scheduler's viewpoint, she is incredibly flexible and easy to work with. I highly recommend Ms. Senior to other organizations wishing to book a speaker who is approachable, intelligent, inspiring, and thought-provoking. I would not hesitate to book Ms. Senior again."

"It has been an absolute delight to meet and listen to Jennifer Senior. She brings extensive research to a presentation that is full of energy and authenticity. She is extremely respectful of parents and the complex work of parenting. Her truths and accuracies about parenting will get any parent reflecting upon their personal parenting journey. Her insightful work has been the impetus for our Early Childhood Family Education program to continue candid conversations about the many joys and challenges of parenthood. She hits the mark!"

- Parents Are Important in Rochester (PAIIR)

"Jennifer Senior is a generous and engaging speaker. She gives voice to the feelings and experiences most parents have, but few talk about. Her message is important and empowering for parents to hear."

"Our community loved Jennifer Senior. Her talk was one of our best. She was personally delightful and had such a well-delivered and well-researched message that was enlightening and inspiring. Our audience members across the board commented so favorably. I also have to say that I think she has a message that would be especially interesting and informative to teachers as well as parents-helping teachers understand more about parents. Our faculty responded so favorably to her. We had a number of preschool parents and educators who thanked us and felt the talk was so especially informative to them. I can’t say enough good about her and will be recommending her to other schools here."

All Joy and No Fun: The Paradox of Modern Parenthood 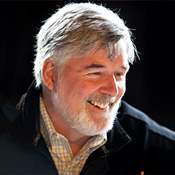