Jeremy Scahill is an award-winning investigative journalist and frequent contributor to The Nation, where he reports on war contractors. In his latest book, Dirty Wars: The World Is a Battlefield, Scahill takes readers inside America’s new covert wars, in which foot soldiers operate globally and inside the US with orders from the White House to do whatever is necessary to hunt down, capture, or kill individuals designated by the president as enemies. The book was adapted into a documentary by the same name directed by Richard Rowley that extensively features Scahill. His first book, Blackwater: The Rise of the World's Most Powerful Mercenary Army is a New York Times bestseller. Read More >

Widely viewed as one of the world's leading experts on privatized warfare, Scahill has testified before Congress on the use of mercenary forces in US war zones and his reporting has been used in numerous congressional investigations.

Formerly a senior producer and correspondent for the nationally syndicated radio and TV show Democracy Now!, he has reported extensively from Iraq through the Clinton, Bush, and Obama administrations. He has also reported from Nigeria, where he and colleague Amy Goodman exposed the role of the Chevron oil corporation in the killing of protesting villagers in the oil-rich Niger Delta. Traveling around the hurricane zone in the wake of Katrina in 2005, Scahill exposed the presence of Blackwater mercenaries in New Orleans and his reporting sparked a congressional inquiry and an internal Department of Homeland Security investigation.

Jeremy Scahill has won numerous awards, including the prestigious George Polk Award and numerous Project Censored Awards. He was among the only reporters to gain access to the Abu Ghraib prison when Saddam Hussein was in power and his story on the emptying of the prison won a Golden Reel for Best National Radio News Story. He also worked in 2000 as a producer for Michael Moore's series The Awful Truth on the Bravo network. In addition to The Nation, he has written for The Los Angeles Times, The Guardian, O magazine, Z magazine, In These Times, The Progressive, and many other publications. Read Less ^

Osama Bin Laden and the US' War on the World

Dirty Wars: The World Is a Battlefield

Blackwater: The Rise of the World's Most Powerful Mercenary Army

"From all of us here at the Center for Ethics in Public Life, and from all of our co-sponsors, please allow me to extend a heartfelt thank you for your willingness to contribute your time and expertise to the discussion. Your keynote speech was a huge hit. It has become the subject of lively and sometimes contentious conversation around UMSL for the last few days. This is exactly what I was hoping for. We hope you enjoyed the conference and your time in St. Louis."

- Director of the Center for Ethics in Public Life, University of Missouri-St. Louis

"Best. Speaker. Ever. Truly, in my ten years of presenting, he may well have just taken over the number one spot. His speech was interesting (not just a retelling of his book), he was amazing with the students (willing to do every last minute interview that came my way from our communication/journalism department) and his real interest in every last person that stood in the reception line (whether they purchased a book or not) really impressed me. I could go on and on."

Dirty Wars: The World Is A Battlefield 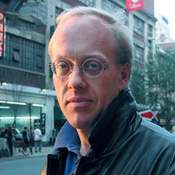 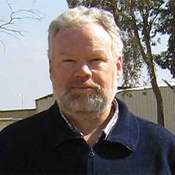 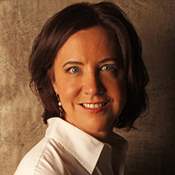