He is a former lead solo pilot of the Blue Angels, a Sloan Fellow at Stanford School of Business, a gratitude guru and an expert in the how of High Performance teams. His exciting, rare journey inspires awe, triggering audiences to take action and rethink what they believe is possible. John employs those intense realities as a metaphor to motivate teams and individuals to reach their highest potential while empowering organizations to sustain excellence under dynamic change.

John consistently performed in an extreme, high-stakes environment, flying at speeds of more than 500 miles per hour and in formations as close as 18 inches apart. To survive in those circumstances, he relied on a culture of high trust and leadership that turns inherently unforgiving flight into extraordinary experiences. He employs those intense realities as a metaphor to motivate teams to reach for their highest potential and empower organizations to sustain excellence under dynamic change.

John’s post-Naval experiences as an entrepreneur and a Sloan Fellow at the Stanford Graduate School of Business put him in a unique position to reverse-engineer the culture of excellence and teamwork found in the Blue Angels. He has created a framework and a mythology for leadership that inspires greatness while propelling others on their own journey toward Higher Performance.

John graduated from the U.S. Naval Academy with a degree in mechanical engineering. He also was a defensive back for the Midshipmen, playing in two bowl games and helping Navy to one of the best four-year records in its football history. As a pilot, John was a “Top Ten Carrier Pilot” six times before becoming a Marine instructor pilot and a Blue Angel. He holds master’s degrees in business management, from the Stanford Graduate School of Business (as a Sloan Fellow); in international policy studies, from Stanford University; and in strategic studies, from the Naval War College.

In 2011, John founded the Glad To Be Here® Foundation. John donates 10% of his speaking fees to charities through the foundation. John works with every client to donate 5% to charities of their choosing. Through this program over 100 charities and 1 million dollars have impacted thousands of lives globally. It’s part of his mission to connect a shared “purpose larger than self” with every organization. Read Less ^

Glad To Be Here

We live in a time of rapid development. Business culture is evolving and mergers, acquisitions, and global expansion help create new opportunities. Smart companies keep ahead of the curve, but those willing to push the limits of what is possible - the .01 percent - are breaking the curve. Read More >

Speaker John Foley has worked closely with top professionals from Fortune 500 companies, major league sports franchises, and healthcare service corporations and has discovered that at the crux of their challenges is one burning question: How do they adapt to change?

"Drive the Ball" is the answer to that question. This keynote will help you in the following areas:

"Drive the Ball" equips companies with actionable tools that create a culture of sustained excellence and reinforce the "diamond performance framework." Foley's tailored messages resonate with even the most diverse audiences. His enthusiasm is contagious and his story is inspirational. Read Less ^

Every organization depends upon the performance of its people and its teams. There are few examples where this is more dramatically demonstrated than with the Blue Angels. John Foley draws upon his experience as Lead Solo of the Blue Angels to inspire audiences and show them how to achieve substantially higher levels of performance. Read More >

Foley demonstrates a simple, systematic, yet exciting approach for how to develop the clarity, focus, commitment, and trust necessary to achieve ever-higher levels of performance. He shows how to create buy-in and commitment for a team’s vision and goals, leading to clarity that drives execution decisions. He demonstrates how learning to focus prepares individuals for action and increases successful outcomes. In this insightful program, he emphasizes the development of trust and respect among team members as essential to execution, and demonstrates proven ways for teams to achieve deep levels of trust. He also explains a process that he believes is the primary key to continuous improvement and exceptional growth.

He drives home his message with dynamic videos of his adrenaline-pumping performance with the Blue Angels. His charismatic and enthusiastic presentations stimulate audiences emotionally and intellectually with a whole new perspective on their ability to excel. They leave the event not only transformed, but also with a set of concrete tools to immediately begin a high performance climb. Read Less ^

When people are deeply engaged in their work and feel valued, they are more productive and elective, leading to a positive impact on the bottom line. Foley shares how management can stimulate performance by creating a culture that values expression of gratitude and appreciation—for opportunities, co-workers, and clients. With his signature “Glad to be Here”® mantra, Foley discusses the power behind gratitude as a way of thinking, working, and living. He shows how a culture of thankfulness engages employees on an intellectual and emotional level to create deeper commitment and raise levels of performance.

The importance of teams being in sync is a concept that Foley understands profoundly. The Blue Angels must be closely aligned in thought and action in order to accomplish their mission. Through their interdependence as a team, members challenge and stimulate each other to achieve higher levels of team and individual performance. In this dynamic presentation, Foley addresses the essential elements of exceptional team performance and makes them relevant, simple, and immediately actionable. He shares how to center a team around shared goals, strengthen relationships, and create unity that leads to consistent and elective results.

In addition to delivering The High Performance Climb keynote, Foley will lead your group in a focused breakout session that expands on the Diamond Performance Framework and applies it to the real situations your group is facing. Foley uses a proprietary Pre-Flight Briefing tool to research the issues your group is experiencing and then breaks down the issues using his high performance team approach.

The How of High Performance (Three-Quarter Day)

Foley will deliver The High Performance Climb keynote and the Living the High Performance Zone breakout with a third event (breakout) around having open, honest and powerful conversations about the nature of high performance and how the Blue Angels applied their model to recruiting, selection, training and mentoring.

"The first thing that comes to mind is how well John related precision and excellence from his experience as a jet pilot to our roles in healthcare. The correlations became real when John used terms we are all familiar with: pillars of excellence, huddles, careplans, debrief, etc. It was clear that he did his homework and had a clear understanding of what we do and who we aspire to be. That gave him instant credibility and made it meaningful to us. The other thing that I found inspiring is that he included the failures (or so they seemed at the time) he had to overcome on his journey to success. There is no doubt that Sharp is a better place because of John's influence."

"A key priority for our sales organization in was to increase accountability and effectiveness with planning and execution. The Diamond Performance Model was a perfect complement to reinforce this priority. John’s keynote address at our national sales meeting, his monthly voicemails reinforcing these key points, as well as live workshops led by our sales leaders provided a framework to instill and reinforce the key concepts. The partnership with John Foley facilitated notable improvement in the sales team’s engagement and effectiveness!"

"Thank you very much for your excellent presentation. Your message was extremely well-received by our delegates – several of whom have thanked us for including you in our program. We were very appreciative of the time and effort you had obviously taken to tailor your presentation to our manufacturing audience. Many professional speakers do not attempt to relate to the audience in the manner that you did. It was extremely well received by our audience. Your visuals were incredible! We would have no hesitation in recommending you to any group that would be considering your presentation."

"Thank you for helping ASTD make our International Conference and Exposition in Orlando such a success. We had over 8,500 people in attendance – an enthusiastic group of leaders who came together to learn from the best. Your high-energy keynote was a highlight and great close to the conference. Your stories, humor, and insights into how teams self-correct, learn, and improve were valuable messages for attendees to take home. It was great to end the conference on a high note, thanks to you." 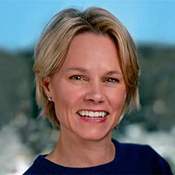