Senior VP of Political Risk and Public Policy and Environmental, Social and Governance at Warburg Pincus

At the center of the most important diplomatic initiatives of the recent era, Jon Finer’s career highlights include key roles in the Iran nuclear deal, Paris climate accord, Middle East peace talks, response to the European immigration crisis and Asia rebalance, and the effort to end the Syrian civil war. During seven years in the Obama Administration, he rose to become both Chief of Staff to Secretary John Kerry and Director of Policy Planning at the U.S. Department of State—the first person ever to hold both titles simultaneously for an extended period. Combining extensive leadership experience in both foreign policy and diplomacy, travel to more than 100 countries and career beginnings as a foreign correspondent and embedded combat journalist, Jon Finer brings a world view that informs, illuminates and provides actionable insights on subjects ranging from how current U.S. foreign policy moves will affect specific industries to assessment of geopolitical risk in different regions of the world. Read More >

Currently the Senior Vice President of Political Risk and Public Policy and Environmental, Social and Governance at Warburg Pincus, Jon Finer frequently contributes commentary to leading publications including The New York Times, The Washington Post, Foreign Policy, The Atlantic and Politico and is a guest on the BBC, CNN, MSNBC and NPR, often sharing sharp analysis of the Trump Administration. In 2017, he was a Fellow at the Harvard Institute of Politics, a Lecturer at Princeton’s Woodrow Wilson School and the Director’s Visitor at the Institute for Advanced Study. A committed humanitarian, Jon Finer serves as the director of the International Refugee Assistance Project and sits on the advisory board of Diplomacy Works. A Rhodes Scholar with a law degree from Yale, an undergraduate degree from Harvard, and a philosophy master’s in international relations, Finer’s journey to the White House and State Department began as a journalist. Starting out as a reporter and editor at the Far Eastern Economic Review in Hong Kong, he later became a foreign and national correspondent at The Washington Post. Finer covered the war in Iraq for 18 months from outside the safety of the Green Zone, embedding with the U.S. Marines during the 2003 invasion. He also covered conflicts in Gaza, Russia/Georgia and Israel/Lebanon. Inspired to forge foreign policy solutions to the war zones he had witnessed, Finer joined the Obama Administration as a White House Fellow in 2009. His four years at the White House included roles as Senior Advisor in the office of the National Security Advisor, Special Advisor for the Middle East and North Africa and Foreign Policy Speechwriter for Vice President Joe Biden.

Combining lessons drawn from some of the most consequential diplomatic negotiations of the recent era with an authoritative grasp of geopolitics, foreign policy and risk assessment, Jon Finer shares insights gained at the highest levels of the White House, State Department and international diplomacy. Whether he is leading a deep dive into a particular region of the world, answering questions about the changes afoot in Washington, championing public service or examining today’s complex media environment, Finer provides perspective that engages, informs and tells you how today’s headlines will impact tomorrow’s world. Read Less ^

Frequently called upon to write and comment about the changes afoot in Washington and how it will impact the world, Jon Finer offers real-time analysis of the latest moves by the Trump Administration and identifies emerging medium and long term trends. What are the implications of the accelerating reorientation of America’s traditional role in the world? Finer examines how the U.S. is moving away from core ideas and entities that have constituted the established international order since WWII. He also finds sound logic in some of Trump’s assertions: The U.S. often bears too much of the international burden, some global problems can’t be solved without working more closely with Russia, and the old order needs reform to reflect shifting power dynamics and emerging markets of the modern era. In this customizable keynote, Jon Finer explores how the Trump world view and foreign policy will impact specific industries, regions, economies and key issues, providing valuable insights on what the future holds in store—and what can be done to preserve stability. Read More >

Subject areas can include: Read Less ^

What are the biggest risks we will face as the international order unravels? What are the bright spots to look at in Trump’s world view and the troubling danger signs? In this non-partisan presentation, Jon Finer guides audiences through a customized briefing—or enlightening overview—of the world’s constant and emerging risks. Read More >

Designed to provide actionable insights for business audiences, this customized briefing can be focused on specific regions or issues, including: Read Less ^ 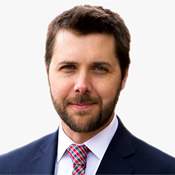