Judith Viorst was born and raised in New Jersey.  She received a BA in history from Rutgers University, and in 1981, after six years of study, she graduated from the Washington Psychoanalytic Institute. Read More >

Viorst is the author of eight collections of poems for adults:  The Village Square; It’s Hard to Be Hip Over Thirty and Other Tragedies of Married Life; People and Other Aggravations; How Did I Get to Be 40 and Other Atrocities; When Did I Stop Being 20 and Other Injustices; Forever Fifty and Other Negotiations; Suddenly Sixty and Other Shocks of Later Life, and I’m Too Young to Be Seventy and Other Delusions.  She has also written You’re Officially a Grown-Up: The Graduate’s Guide to Freedom, Responsibility, Happiness and Personal Hygiene; a novel, Murdering Mr. Monti, and five non-fiction books: Yes, Married; Love & Guilt & The Meaning of Life, Etc.; Necessary Losses, which was on The New York Times bestseller list for almost two years; its companion volume, Imperfect Control; and Grown-Up Marriage. In addition she wrote a column in Redbook for over 25 years.

Viorst is the author of 17 books for children: Sunday Morning; I’ll Fix Anthony; Try It Again, Sam; Alexander and the Terrible, Horrible, No Good, Very Bad Day; The Tenth Good Thing About Barney; My Mama Says There Aren’t Any Zombies, Ghosts, Vampires, Creatures, Demons, Monsters, Fiends, Goblins, or Things; Rosie and Michael; Alexander, Who Used to Be Rich Last Sunday; If I Were In Charge of The World and Other Worries; The Good-bye Book; Earrings!; The Alphabet From Z to A; Sad Underwear and Other Complications; Alexander, Who’s Not (Do You Hear Me? I Mean It!) Going to Move; Absolutely, Positively Alexander, a collection of the three Alexander stories; Super-Completely and Totally the Messiest, and Just in Case.

Many of her books, for adults as well as for children, have been published abroad.  Several of her children’s books have been made into short films.

Viorst resides in Washington, DC, with her husband, Milton, who is the author of several critically acclaimed political books. Read Less ^

For Peace of Mind Resign as General Manager of the Universe

This talk explores how much control we do and don’t, should and shouldn’t have, over ourselves (can we really change?); over our mates (can we always get our way?); over the lives of our adult children (don’t they know they really need our advice?); and over the world around us.

An exploration of the growing-up process in terms of our personal development, our relationships with our children and aging parents, our coming to terms with the darker parts of ourselves as well as upper-eyelid droop, our rueful redefinitions of reality and happiness, and a description of that elusive (and maybe mythical) phenomenon—the grown-up marriage.

Parenting Our Children from Newborn to Thirty-Year Old – And Beyond

A funny and touching trip through all the stages of parenthood—the joys, messes, aggravations, heartbreaks, the breaking away, the passionate pride and the “did I do something wrong?”, the way our children transform our lives and the shocking realization that there’s no such thing as a RETIRED parent.

From Single to Sixty

An exploration of the journey we all will take from kid to grown-up, from innocent to experienced, from young to not-so-young to suddenly sixty.  It will cover life as a single woman trying to live a life of wild abandon with her mother calling her once a day to say “Don’t”; as a married woman with children and Gerber’s strained bananas in her hair; as a middle-aged woman with self-improvement programs and sagging kneecaps, and into grandparenthood and the many other delights and shocks of later life.

Loves and Longings and Wicked Thoughts

An ideal talk for children’s educators—teachers, librarians, reading specialists, etc.—this talk examines the shared experiences of children and adults: sibling rivalry, dreams of glory, “wicked thoughts”, loving feelings and the inevitable tug between separation and safety, using both her children and adult writing.

Based on her book Necessary Losses, this talk makes the argument that the inevitable losses of our life (as we go out into the world, relinquish impossible dreams, settle for less-than-perfect love, grow older) can lead to hope, growth and change.  On The New York Times Bestseller list for approximately two years, Necessary Losses has been translated into a dozen languages and was the subject of a full one hour Oprah Winfrey show.

Taking Control of Our Death

This talk argues that by acknowledging our personal mortality we can control – to a significant extent – the manner of our dying.  Among the subjects examined are assisted suicide, hospice care, and the need for signing a medical directive and a durable power of attorney.  But in addition to these practical matters, Mrs. Viorst suggests that by living our life with a knowledge of its finitude and by imagining now what kind of person we want to be at the end of our life, we will make wiser choices and have fewer regrets.

A funny and touching exploration of the issues that those who are at, or around, this age will be dealing with, and sometimes laughing about:  The decline of the body.  The joys of grandparenthood. Old friends. Our husband’s retirement.  Insomnia. And the fact that we would willingly give up a night of wild abandon with Denzel Washington for a nice report on our next bone density test.

Based on her latest book this is a wise and humorous look at marriage from “I do” to “till death do us part,” reminding her audience where they’ve been and showing them where they’re going and addressing where their marriage is right now.  It deals with the shocks of married life; the arrival of kids; marital rivalry and marital manners; married sex (not always with the person to whom we’re married); fighting and apologies and divorce and remarriage and growing older together; and the boredom and the bliss, the highs and the lows, of ordinary everyday married life. 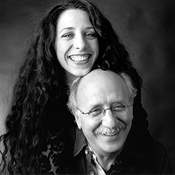 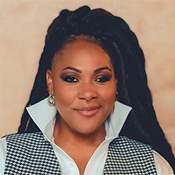