There is no one like Kevin. Kevin Mitnick is the world's most famous hacker, bestselling author, and the top cyber security speaker. Once one of the FBI's Most Wanted because he hacked into 40 major corporations just for the challenge, Kevin is now a trusted security consultant to the Fortune 500 and governments worldwide.  Read More >

Kevin mentors leaders, executives, and staff on both the theory and practice of social engineering, topics on which he is the leading global authority. Kevin also helps consumers—from students to retirees— learn how to protect their information and themselves from harm.

As the CEO of Mitnick Security Consulting, Kevin, and The Global Ghost Team™ now maintain a 100 percent successful track record of being able to penetrate the security of any system they are paid to hack into using a combination of technical exploits and social engineering. Also in his role of Chief Hacking Officer of KnowBe4 he helps produce critically acclaimed security awareness training programs to counteract social engineering and to improve security effectiveness.

Kevin is a global bestselling author and his books are availability in over 50 countries and 20 languages. His works include The Art of Intrusion: The Real Story Behind the Exploits of Hackers, Intruders and Deceivers and The Art of Deception: Controlling the Human Element of Security, which are mandatory readings for security professionals. His autobiography, Ghost in the Wires: My Adventures as the World's Most Wanted Hacker is a New York Times bestseller and his latest work released in 2017 is The Art of Invisibility: The World's Most Famous Hacker Teaches You How to Be Safe in the Age of Big Brother and Big Data, a ground-breaking book on privacy.

As a one-of-a-kind public speaker, Kevin's presentations are akin to technology magic shows which include the latest hacking techniques that educate and inform while keeping people on the edge of their seats. He offers expert commentary on issues related to information security and increases "security awareness". Kevin has been a commentator, security analyst, or interview subject for almost every major news outlet around the globe.  Read Less ^

Hacked: A Keynote with Kevin Mitnick

In this 60-minute keynote, delivered virtually or in-person, audience members will follow along as Kevin hacks multiple systems in real time and exposes just how vulnerable individuals - and enterprises - really are. Read More >

In Hacked, Kevin creates a custom hacking experience for your organization or attendees, showcasing not just the power of social engineering in the hands of a competent hacker, but also the latest threats that you may be exposed to today.

Throughout the presentation, Kevin will share stories, experiences, and history of his most thrilling exploits and successful infiltrations.

This customizable presentation is ideal for: Read Less ^

When it comes to fishing, you can reel in a big catch with the right bait. Cyber “phishing” is no different; all a hacker needs is a clever backstory and a little deceit to turn your employees into suckerfish. Read More >

Now more than ever, remote employees are being caught in malicious social engineering nets. Knowing all-too-well that many companies aren’t taking proper security measures and that employees are distracted while working from home, bad actors posing as trusted sources are tricking your staff into clicking infected links and sharing private information to hack their way into your servers.

How do you prevent users from falling hook, line, and sinker? Better protection starts with proper awareness and education.

Kevin Mitnick, the world’s most famous hacker, will use live demonstrations to illustrate how cyber criminals take advantage of your employee’s trust through the art of social engineering.

This acclaimed presentation will entertain your employees while educating them about the latest cyber threats— risks many don't even know exist! This eye-opening exposé demonstrates just how easily anyone can be tricked into handing over the keys to the kingdom. Not only will listeners hear real-life accounts of Kevin’s pentesting exploits and see live hacks right before their eyes, but “Hook, Line, and Sinker” will also explore the psychology of deception— from the neuroscience behind why we take the bait to cognitive defenses anyone can use to swim smoothly through an ocean of digital threats.

Formerly one of the FBI’s “Most Wanted” targets for his elite hacking, there’s no one more qualified than Kevin to talk about the art of cyber deception. Your audience will watch in pure astonishment as the most elusive digital trickster in history shares a live look inside the mind of a hacker.

When it comes to hacking, the average person has no idea how it actually works. And while— just like magic— cyber breaches often seem to appear out of nowhere, hacking is often not always as mysterious as you may think. Read More >

As the “Houdini of Hackers” Kevin Mitnick is known for his spellbinding live demonstrations, where he lifts the veil to show, step-by-step, what real hackers are hiding up their sleeves.

Bad actors use information about your company and your employees against you, posing as trusted sources to gain access into your networks. These “social engineers” use human psychology to deceive you and your workforce; and in this talk, we’re drawing back the curtains to reveal their biggest tricks.

There’s no one more qualified than Kevin to talk about the art of cyber deception: his real-life exploits once put him on the FBI’s “Most Wanted” list. Today, audiences watch in pure amazement, astonished as the most elusive digital trickster in history shares a live look inside the mind of a hacker.

In this presentation, Kevin: Read Less ^

Reinforce the messaging of your product, topic, or vision through demonstrations of the latest threats. Kevin works with your team to create a custom experience using live hacking to inform, entertain and educate your attendees. Read More >

Don't just tell them... show them!

This presentation will provide you the rare opportunity to make your talking points come alive on stage. In a very popular, scripted Q&A "fireside chat" format you'll coordinate pre-arranged questions with Kevin so that he'll have amazing hacking demonstrations to illustrate the key answers and event messaging. Captivate your audience with Kevin’s technology magic show experience.

You will provide a moderator, who, we suggest, should be able to carry on the message beyond the event (e.g. your key sales executive, or visionary) to be on stage or virtually with Kevin. This will help to create an affinity for your team and recognition of the individual you provide as a thought leader.

Your audience will easily grasp your concepts as Kevin showcases current hacks both he and his team use during penetration testing to evaluate his clients' networks, systems and devices for security vulnerabilities. He'll also stand side-by-side with you to help elevate the services, competency and message of your team with his first-class reputation as a world authority on cybersecurity.

Partner with Kevin to create an unforgettable message to guide this entertaining and educational experience.

Why Choose This Presentation: Read Less ^

The Art of Invisibility: The World's Most Famous Hacker Teaches You How to Be Safe in the Age of Big Brother and Big Data

Ghost in the Wires: My Adventures as the World's Most Wanted Hacker

The Art of Deception: Controlling the Human Element of Security

The Art of Intrusion: The Real Stories Behind the Exploits of Hackers, Intruders and Deceivers 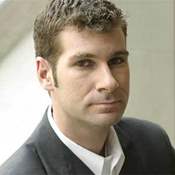