Host of the #1 mid-morning syndicated radio show in the US, Laura Ingraham is a nationally acclaimed political and cultural commentator.  “The Laura Ingraham Show,” heard in 350 stations nationwide, showcases Ingraham’s unique ability to jump back and forth between the political, entertainment, and media worlds with her signature wit and pithy analysis.   Read More >

Also a popular author, Ingraham's most recent book, Power to the People was released on September 11, 2007 and topped Amazon.com’s bestseller list on September 14, 2007.  Her previous book, Shut Up & Sing: How the Elites in Politics, Hollywood, and the UN are Subverting America, was a New York Times bestseller.  Released in 2000, The Hillary Trap is a look at the political ambition and beliefs of Hillary Clinton, who is still America's most controversial female political force.

Ingraham has written op-eds for The Washington Post, The New York Times, and The Los Angeles Times, and regularly appears on the Fox News Channel and other politically-focused television programs.

Formerly a white collar criminal defense attorney, Ingraham practiced law at the Washington office of Skadden, Arps, Slate, Meagher & Flom.  Prior to that, she served as a law clerk for Supreme Court Justice Clarence Thomas.  She graduated from Dartmouth College and University of Virginia School of Law. Read Less ^

The Lost Art of Individual Responsibility

Like a Fish Needs a Bicycle: Women Outgrowing Liberalism

Power to the People 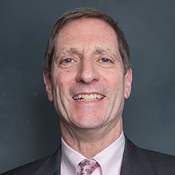