Lisa Belkin is the Senior National Correspondent for Yahoo News, covering American social issues. She joined Yahoo in 2014, after nearly two years as the Senior Correspondent at the Huffington Post, where she reported and opined about life, work and family. Read More >

Prior to joining HuffPost, she spent nearly 30 years at The New York Times, where she was variously a national correspondent based in Houston. She was also medical reporter, a Contributing Writer for The New York Times Magazine coining the phrase “the Opt-Out revolution,” where her editors described her beat as “the social conscience of our times,” and the creator of the Life’s Work column and the Motherlode blog where reviewers called her “the next generation’s Anna Quindlen.”

The author of three books – Life’s Work, Confessions of an Unbalanced Mom, Show Me A Hero and First, Do No Harm – and the editor of two anthologies, Belkin was also the host of Life’s Work with Lisa Belkin on XM Radio, as well as a regular contributor to Public Radio’s The Takeaway and NBC’s Today Show.

Her personal life/work balance includes her husband, Bruce, her two sons (who are highly amused that anyone thinks she is a parenting “expert”) and her Wheaten terrier, Riley, who thinks she is her third child. A graduate of Princeton University, she has returned there as a visiting professor in the Humanities Council, teaching narrative non-fiction as an instrument of social change. Read Less ^

Forget Balance, Aim For Sanity Instead

Balance is a word thrown around too often and understood too little. It is also impossible to achieve. In a practical and humorous talk, Belkin explores how we have tied ourselves up in knots trying to attain balance; suggests that we redefine the goal; and offers strategies for how to make that happen.

Belkin takes a personal look at mixing parenting with work and how she blended the history of the workplace with her own life. As one of the first to “work from home” during the 90s, she shares how she “dropped the ball” many times before eventually figuring it all out, and advises others on how to make it all work.

Our attitude toward work has evolved into one that gives employees more flexibility and has more respect for life outside the office. We have created new ways of working, using technology to free us from a 9-5pm day seated at a desk. But cutting-edge research and forward-thinking companies are stretching the structure of the workplace even further. How far have we come and how much further should we aim to go?

It has been ten years since Belkin wrote the controversial New York Times Magazine cover story “The Opt-Out Revolution.” The article, which first coined the term for the trend of educated women abandoning careers for children, changed the national conversation about life and work. Are women still opting out? How has the workplace changed for mothers? In what ways SHOULD it change? Is Sheryl Sandberg right, the problem is that women are not “leaning in?” Or is Anne-Marie Slaughter right, the problem is the workplace forces women out? 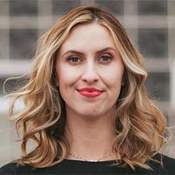