He is a racing icon, considered by many to be the greatest race car driver in the history of the sport. Mario Andretti was born in Italy and didn't immigrate to the United States until 1955 at age fifteen. By 1959, Mario had begun racing stock cars in his adopted hometown of Nazareth, Pennsylvania. That was the start of an illustrious career that saw the versatile driver compete and win in every discipline he entered – midgets, sprint cars, dirt track cars, stock cars, IndyCars, Formula One, Formula 5000 and sports cars. Read More >

His achievements became legendary: He won the Indianapolis 500, the Daytona 500, the Formula One World Championship and the Pikes Peak Hillclimb. He won the IndyCar Championship four times and was a three-time winner at Sebring. He drove with a passion and joy that few have equaled… and he won. Mario took the checkered flag 111 times during his career – a career that stretched five decades.

Today, he is a successful businessman off the track, serving as spokesman, associate and friend to top executives around the world. He has received hundreds of awards and recognitions. Among the most prestigious, he received the title of Commendatore from the Republic of Italy in 2006. His knighthood was the result not only of his spectacular racing career, but also his epic life story as a classic example of the immigrant made good in America. In 2008, the Library of Congress in Washington DC added him to its Living Legends list. And on the lighter side, but undoubtedly affirmation of his charisma and popularity, GQ Magazine named him one of "The 25 Coolest Athletes of All Time" (Feb. 2011). Read Less ^

An Onstage Discussion with Mario Andretti

In a moderated discussion, Mario Andretti will share it all: He’ll talk about growing up in Italy in a refugee camp, coming to America at age 15 and building his first race car. He’ll talk about his need to get on top and stay on top and what motivated him to race for so many years, despite the fatalities in the sport. What Mario does is almost like writing a memoir aloud. He's the grand storyteller of his own story. And he doesn’t just report events of the past but, of equal importance, he reflects upon that past and its significance for him personally. 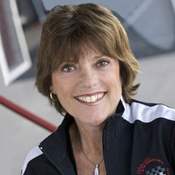