During the 1980s at a time when brat packers were ruling the big screen, Matthew Modine set himself apart from his peers though a series of impactful performances that capitalized on his versatility, all American looks, and idiosyncratic persona. His work in the trio of mid-eighties masterpieces Birdy, Full Metal Jacket, and Married to the Mob illustrate Modine's tremendous range, his intuitive physicality, and his talent for breathing believability into even the quirkiest of characters. Read More >

Modine grew up watching movies; his father was a drive-in theatre operator. Forced to move often because of his father's work, Modine no doubt took comfort in the constancy of film, and his prolonged exposure eventually led to his decision to become an actor. Moving to New York at age 18, he studied with Stella Adler, worked as a chef, got married (in 1980 to wife Caridad) and began getting regular commercial work.

In 1983 Modine made his film debut in John Sayles' comedy Baby It's You, and shared the Venice Film Festival's Best Actor award with the ensemble cast of Robert Altman's Streamers. A year later in Birdy, he turned in a mesmerizing performance as a schizophrenic Vietnam veteran with an ornithological fixation. After roles in The Hotel New Hampshire, Mrs Soffel and Vision Quest, Modine once again tackled the dehumanizing effects of Vietnam, this time as the wiseacre “Private Joker” in Stanley Kubrick's much-lauded Full Metal Jacket. The following year he wisely chose to showcase his comedic talents as the goofy FBI agent in Married to the Mob. In 1993 he once again appeared as part of an Altman ensemble in Short Cuts, and that same year was nominated for an Emmy award for his performance as an early AIDS researcher in the HBO film And the Band Played On. Some of his other film credits include Gross Anatomy, Memphis Belle, Pacific Heights, Wind, The Browning Version Cutthroat Island, Any Given Sunday, and an uncredited role in Notting Hill in the film-within-the-film scene.

Making the occasional foray onto television, Modine has garnered good reviews for his work in The Way West, What the Deaf Man Heard, Flowers for Algernon and, the 2001 fantasy miniseries Jack and the Beanstalk: The Real Story. The owner of a 100 acre farm in upstate New York, Modine, an avid NY Knicks fan, fly fishes with next door neighbor Liam Neeson, paints, and does his own carpentry and has made the leap from actor to author and director. His Full Metal Jacket Diary revealing the day-to-day accounts of working with Stanley Kubrick, one of the film’s most eminent directors, was the winner of AIGA 50-50 Design Award. His short films When I Was a Young Boy Smoking and ECCE Pirate garnered critical acclaim at their Sundance Film Festival Premieres and went on to play at festivals worldwide including the Museum of Modern Art’s New Directors/New Films. Modine’s environmentally focused films Bicycle for a Day and The Love Film led to the creation of a global bicycle movement designed to inspire individuals to take steps to improve the environment. He has also directed stage performance including the theatrical production of 12 Angry Men. Read Less ^

Reducing Our Carbon Footprint: Working Together We Can Do It

The Creative Process of Films and Acting

A Liberal as a Patriot: A Natural Fit 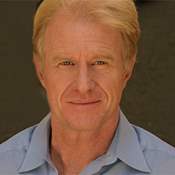