Maurice Hines, star of stage, screen and television, commenced his acclaimed career at the age of five, studying tap at the Henry LeTang Dance Studio in New York City. Mr. LeTang recognized his extraordinary talents and was soon choreographing numbers specifically for Maurice and his brother. Soon the brothers were appearing on Broadway and touring as the opening act for such headliners as Lionel Hampton and Gypsy Rose Lee. Their father then joined the act and shortly thereafter, "Hines, Hines, & Dad" was performing to rave reviews in New York, Las Vegas and Europe. Hines has made 35 appearances on The Tonight Show with Johnny Carson. Read More >

Hines pursued a solo career and success soon followed when he was chosen to star as Nathan Detroit in the National Touring Company of GUYS AND DOLLS. After his thrilling performance, Broadway beckoned, and Hines created a sensation during the 1978-79 season with his singing and dancing in the hit musical EUBIE! He followed this performance with celebrated roles co-starring in BRING BACK BIRDIE with Chita Rivera and Donald O'Connor and starring in Charles Randolph Wright’s SOPHISTICATED LADIES.

Next, Hines made his big screen debut in Francis Ford Coppola's The Cotton Club. As the film hit theaters across the country, so did Ballet USA, a dance company created by Hines and Mercedes Ellington. Hines then conceived, directed, and choreographed the musical UPTOWN…IT'S HOT! which played for 17 sold-out weeks in Atlantic City. He joined the cast when the show moved to Broadway and received a 1986 Tony Award nomination as Best Actor in a Musical. He followed this achievement by co-directing and choreographing the National Tour of the musical SATCHMO produced by Kenneth Feld. As one of the few stars who truly loves the road, Hines then directed, choreographed and starred in the National Tour of the musical HARLEM SUITE with successive leading ladies Jennifer Holliday, Stephanie Mills and Melba Moore.

In 2006, Hines, collaborating with Maurice White, choreographed and directed the Hip-Hop Broadway musical HOT FEET featuring the music of Earth, Wind, and Fire. Hines’s latest album on Arbor Records, TO NAT “KING” COLE, WITH LOVE, was released to critical acclaim. Recently, he choreographed productions of HAIRSPRAY in Santo Domingo, SOPHISTICATED LADIES at The Lincoln Theatre, as well as new show called DANCE, DANCE, DANCE SNAP. Hines is the recipient of the Helen Hayes Award for Outstanding Choreography for COOL PAPA’S PARTY at MetroStage.

Maurice Hines at 54 Below

A Tapping Tradition, the Hines Way 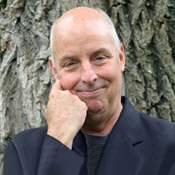