A successful artist and activist, Peter Yarrow’s talent is legendary.  His gift for songwriting has produced some of the most moving songs that Peter, Paul & Mary have recorded, including “Puff, The Magic Dragon,” “Day Is Done,” and “Light One Candle.”  This musical creativity has always gone hand-in-hand with Yarrow’s commitment to social change. Read More >

Many issues have moved Peter Yarrow to dedicate his time and talent over the years: hunger, homelessness, nuclear threat, education, equal rights and more.  Among the many honors bestowed upon him, Yarrow is most proud of the Allard K. Lowenstein Award, which he received in 1982 for advancing the causes of human rights, peace and freedom.  Throughout everything, his music has been an advocacy, and he has proven that when we come together and work for a common goal, positive change can take place.

Yarrow’s most recent project utilizes music and video along with character education curricula to help establish safe, compassionate and nurturing environments for children in schools and summer camps across America.  Launched in over 10,000 schools, Operation Respect: "Don’t Laugh At Me" was hailed by virtually the entire educational community as a key initiative in our nation’s response to the challenge of physical and emotional violence among children.  Yarrow feels that this program, of which he is Founding Director, is perhaps the most important advocacy effort of his entire career.

In addition to his ongoing career with Peter, Paul & Mary, now in its 40th year, Yarrow makes special appearances with his talented daughter, Bethany, a singer and songwriter in her own right, in a program called “Father to Daughter and Beyond: A Legacy of Commitment and Activism.”

In 1992, she received a university fellowship to travel to South Africa and make a documentary about the grassroots reality of apartheid.  Mama Awethu chronicles the lives of five black women as they face the daily realities of the crushing system of apartheid in the townships of Cape Town, South Africa.  The film received critical acclaim and was selected for competition in twelve festivals internationally, including the Sundance, Bombay and Berlin Film Festivals.

In a joint presentation, Peter and Bethany bridge the generation gap with a program of songs and personal stories, which reflect their enormous regard for one another and shared commitment to making the world a better, more just place for everyone.  Their program inspires audiences young and old, and empowers everyone who hears them to reach for the kind of closeness, affection and respect that characterizes their remarkable relationship. Read Less ^

Father to Daughter: A Legacy of Commitment and Hope

“If I were unable to sense the world around me and if I were unable to care about what I saw, I would never be able to sing folk songs.  We reach for a sense of community and mutual respect as we try to create a more just society.” Read More >

And so Peter Yarrow achieved his goal.  Since the sixties, and for three decades thereafter, he wrote and sang folk songs…folk songs filled with a sense of purpose and strong ethical values that energized his work, his vision, and his dream.  He created history as a founder and leader of Peter, Paul & Mary, bringing the trio to international acclaim while advancing the great social movements of the time.

An admirer said of them, “I saw this family in times that tried men’s souls.  I saw it in peace and I saw it in times of war, but I never once saw one of its members falter or flinch before any duty, whether social or patriotic.”

Peter Yarrow’s daughter, Bethany, also witnessed some of the most important political and social events that shaped her generation.  As a child, she listened to her father sing about the struggle for human rights and self-determination – the message and spirit of these songs never left her.

When she was in high school, she joined her father as a member of various human rights delegations to places like the Philippines, the Middle East, Guatemala and El Salvador.  Later, on her own, Bethany traveled to Nicaragua and South Africa, watching with maturing eyes as the world wrestled with fundamental moral and political dilemmas, the same issues that informed the songs of her youth.  She inherited the Yarrow legacy: a heightened sense of each person’s ability and responsibility to act on his or her own beliefs.  At a very young age she had learned what it means to be a citizen of the world.

“During this formative process of witnessing,” said Bethany, “I realized that I had to find my own voice with which to speak of hope and the possibility of change.”  Bethany’s voice, strong and clear, emerged powerfully in her 1994 documentary film, Mama Awethu! (Power to the Mothers), the story of five black African women, triumphantly struggling against the apartheid system in the poorest townships of Cape Town, South Africa.

Today, father and daughter share the stage with a mutual sense of purpose.  They touch our lives as activists, focusing on responsibility and new possibilities as we enter the 21st century.  Songs of conscience and commitment accompany an inspiring and moving lecture-performance.  As they sing together we recall our own ethical root and rededicate ourselves to the dream of a fairer and more just society.

Peter and Bethany Yarrow teach us that it is possible for children and parents to evolve a deep, meaningful relationship; that they can grow together, and learn from one another.  They prove through their music, their words, and their compelling regard for each other, that the generations can find a common meeting ground and forge a partnership that advances the vision of a brighter future for all of us. Read Less ^

Don’t Laugh at Me

"It was a lovely, joyous evening for our community. Peter and Bethany were wonderful, both in their performance and in their interactions with the members of our community. We couldn't be more pleased with how it all turned out. And it was a personal joy for me to be a part of it." 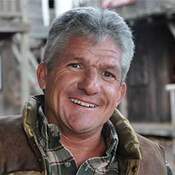 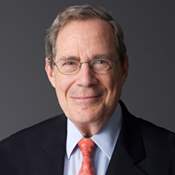