Ryan David Leaf is an advocate for those struggling with mental and behavioral health issues and encourages audiences to transform the way we think about mental health issues and addiction. Ryan works to eliminate the mental health stigma and says, “asking for help is a sign of strength, not weakness.” The strong presence Ryan holds in a room is not just due to his 6-foot-6 frame, but the impassioned commitment he has made to serve those who are struggling. Read More >

Football was Leaf’s life, but the pressure to perform on such an elite level was more than he was prepared to deal with, ultimately leading to the demise of his professional football career. After his official retirement from the NFL in 2003, Ryan received his bachelor’s degree and took a coaching job with the West Texas A&M football team in 2006. However, Leaf still struggled with his mental health and began to abuse prescription opiates due to a previous football injury. He solicited pain medication from West Texas A&M football players and eventually was caught stealing from the home of one of his players in order to feed his addiction, resulting in termination. His personal problems began to mount and Ryan was given the opportunity to seek help.

He received help for his substance abuse in Canada in 2008, but later he returned home to face criminal charges. Although it seemed Leaf’s struggles were behind him, in May of 2011, doctors found a mass in Ryan’s brain. While going through radiation treatment, Ryan would relapse on pain medication after not disclosing to the doctor his addiction past. Prison followed soon after, and when Ryan first entered prison, he had no motivation. However, his cellmate changed that as he urged Leaf to use his prison time as an opportunity to accomplish something of greater importance. Leaf describes the time in prison as a time of “spiritual growth and humility.”

Recently, Leaf has been hired as a college football analyst on ESPN where he will be paired with play-by-play announcer Clay Matvick.

Today, Ryan Leaf is the voice for the recovery community. His mission is to reach anyone in need of hope. At one time, Ryan felt completely consumed by his mental health issues and the only way to pacify his pain was with drugs. Out of that desolation, he hopes to inspire others to begin their road to recovery to see that happiness and health can always be achieved. He chooses to share his story dealing with mental health issues and substance abuse in order to reach the person who cannot yet imagine a better life for themselves. Ryan’s wish is to be an example that a better life is always possible.

Ryan is also a strong advocate for military service men and women. His father is a veteran and works with the foundation Merging Vets & Players (MVP), an organization comprised of a blend of combat veterans, players, coaches, and mentors, who understand what it means to overcome adversity, and who rise to face every challenge affecting the veteran community. Read Less ^

Vulnerable: A Conversation with Ryan Leaf

This program format has been designed for school assemblies and community groups, with the focus of relating Ryan’s story to school-aged audiences nationwide. Following a DVD highlighting Ryan’s Football career and journey to sobriety, Ryan will touch on such topics as the stress and pressures of being a high functioning teenager and the expectations that living up those mean. Additionally Ryan will discuss drunk driving, gateway drugs, peer pressure, bullying and cutting. To conclude the event, Ryan will field questions from the audience.

Lying To Myself: The Ryan Leaf Story

In this very personal presentation, Ryan will share his story in a brutally honest format with just a microphone. The event will start with a four-minute DVD introducing Ryan Leaf and showing highlights of his Football career and his dream to be a professional athlete, which began to unravel as a result of making a few bad decisions. From growing up in Great Falls, MT to playing Division 1 football and being the 2nd overall pick in the 1998 NFL Draft while all along being compared to Peyton Manning, he will take the audience on his journey from addiction to sobriety. Additionally, he will relate his story to the audience addressing themes of gateway drugs, prescription drug abuse, drinking and driving as well as self-harm. To conclude the event, Ryan will field questions from the audience.

"Thanks again so much for sharing your story with us Friday night. It was perfect—exactly what we were looking for. I have heard from several people who were extremely encouraged, including parents of children currently using, and many in recovery. Your honesty and vulnerability was a great example. The words you said hit home: 'It’s not about you! You can’t control what others do with the message. They’re just flawed humans like everyone else, just like I am, and maybe relapse for them is part of their process.' That totally changed my perspective and helped me let go. Honestly, I feel renewed and reenergized."

"Ryan, Thanks again for coming to speak to the team during our preseason camp. I appreciate you taking the time out of your busy schedule to share your knowledge with our players. We have gotten great feedback from our players and staff on your presentation and the information you gave them.

Our goal with these young men is to not only develop them as football players but, more importantly, provide them with the necessary skills for be successful in life. It is with help from people like you that we can feel confident about reaching that goal. If there is ever anything we can do for you, please do not hesitate to let us know."

"Ryan was phenomenal! He is a natural motivational speaker and it is apparent that he is speaking with his heart wide open. He tells his story with authentic humility, colored with an acerbic wit, and tempered with compassion for those still suffering. He lifted me up, and for me that is the mark of person dedicated to service performed with kindness and joy.”

"Ryan Leaf gave a heartfelt presentation to the entire student body. His personal story of addiction, recovery and finding a path to help others was refreshing and encouraging. The students were thoroughly engaged as he shared his life story. Ryan spoke frankly about his challenges and expressed vulnerability as he broke stereotypes of the "traditional" male athlete."

"Ryan Leaf’s powerful message of recovery from addiction has already made an impact in the lives of our alumni, current clients, and community members. He has the audiences’ complete attention during his talks. When he pauses, you can hear a pin drop. When he finishes, many individuals relate to Ryan’s stories of pain, hope, and perseverance that can be heartbreaking. His story and his incredible journey through his recovery is gut-wrenching, but he is a positive role model to all those who cross his path."

"Thank you for delivering such a captivating and insightful presentation at our Annual Meeting this morning. We enjoyed hearing from you, and all of the feedback has been positive and enthusiastic! You proved that the best keynote speeches are those that are personal and genuine."

"We have received abundant amounts of praise regarding the impact Ryan had on the hearts of audience members. His message and ability to reach those in recovery, as well as those who are not, is unmeasurable. I would highly recommend Ryan Leaf for any program dealing with recovery, or those facing adversity. He is a forceful and dynamic speaker, and truly an inspiration to all those who hear his persevering message."

"We absolutely loved having Ryan here. He did a fantastic job and really connected with our guests. My only wish is that my photographer had taken more photos of him speaking!!" 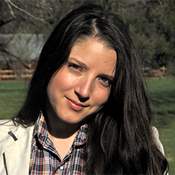