Samantha Radocchia, or "Sam Rad" for short, is an entrepreneur, keynote speaker, author, and emerging tech advocate who combines the mindsets of an anthropologist and a technologist. Read More >

Sam has delivered keynotes globally and led corporate trainings at Fortune 500 corporations, trade associations, conferences, national governments, NGOs, investment firms, and the United Nations, educating leaders on the technologies and cultural shifts that will shape their organizations—and daily lives—in the years to come.

A reformed gamer, she started studying virtual currencies in 2009 while writing her anthropology thesis on currency exchanges in the virtual world, “Second Life.” Since then, she has founded three companies, holds several patents, and was an early outspoken voice in blockchain as the co-founder of Chronicled, an enterprise blockchain company focused on supply chain. Samantha now consults executives, trade associations, governments, and investors on emerging technology trends and delivers keynotes at events worldwide. Most recently, she founded a company currently in stealth, working at the intersection of livestreaming and global payments.

In addition to emerging technology, Samantha is deeply passionate about Future of Work, Future of Production, Future of Community/Governance, Future of Cities, Future of Finance, Future of Wellness as well as sustainability, not just in respect to environment, but in business. She has built experimental cities, leveraging blockchain, IoT, robotics, and AI; assisted in the creation of large scale RPG game design and virtual world architecture; deployed mesh sensor networks across small and medium sized cities; worked with governments to track temperatures of volatile substances and medicines across hostile environments; created globally distributed and decentralized organizations of 1000+ members and helped companies shift to embrace remote work; assisted in the creation of a decentralized voting and governance system; rolled out identity and cryptocurrency to disaster zones and refugee camps; architected a decentralized manufacturing network with connected 3D printers and 3D knitters; deployed a drone delivery and authentication service on blockchain; assisted in the creation of a smart charging station for autonomous vehicles; and more. She also is trained in and speaks on organizational culture and theory, particularly as we shift to globally distributed and remote workforces. Her lectures on risk, emotional intelligence, and intuition have been featured by globally recognized universities such as MIT, Harvard, Columbia, and UCL.

Sam is the author of the #1 Best Selling book, Bitcoin Pizza: The No Bullshit Guide to Blockchain, writes as a contributor to Forbes, and was named to their 30 Under 30 List in 2017. She writes in her blog on “Radical Next Ideas," and believes that the idea of Radical Evolution is paramount to the, now outdated, Digital Transformation mindset. She seeks to utilize technology to empower, not entrench.

Sam is a licensed pilot and has accumulated over 700 jumps as a competitive skydiver. Read Less ^

Blockchain is the Operating System for the Future

Welcome to the Bank of You

The Operating System for the Future

This talk examines blockchain--and more broadly, decentralization--as the future backbone or “operating system” for emergent technologies in every industry, both new and old. It takes the audience on a journey from our past, present, and future operating systems, highlighting how in addition to a shift in technologies, we are experiencing a broader shift in mindset, which will change how we interact with each other, our businesses, our governments, our finances, our products, and our environment. Read More >

Industry / Focus Areas this talk can be tailored to include but aren’t limited to: Read Less ^

Web 3 Beyond the Acronyms: DAOs, NFTs & Language of the Metaverse

Listen as the witty author of Bitcoin Pizza: The No-Bullshit Guide to Blockchain takes you on a journey to understanding the crazy, fast-paced, and notoriously confusing world of Web 3. This talk seeks to dig into the seismic shifts taking place in respect to the architecture, business models, tools, and behaviors of the internet itself and envisions a future for our virtually mediated lived experiences. Read More >

Lessons Learned from Living in the Metaverse: A Glimpse into the Future

This talk explores the increasingly blurred lines of virtual worlds, gaming, and reality. Virtual and augmented reality technologies, decentralizing technologies such as blockchains and crypto, and shared spaces such as games and metaverses are shifting the way we live, work, and socialize. What does this mean for you and your organization? What about your life? Relationships? From the perspective of a cultural technologist and anthropologist who spent close to a year living and working in the early virtual world, Second Life, this talk takes you on a journey to the not so distant future. Read More >

The Future of Finance is Play: DeFi, Money & the Metaverse

This talk explores the role of gaming and play in the metaverse. Virtual and augmented reality technologies, decentralizing technologies such as blockchains and crypto, and shared spaces such as games and metaverses are shifting the way we live, work, and socialize. Beyond that, these technologies -- and ideological paradigm shifts -- from centralized to decentralized systems will reshape our economies and financial system. From the perspective of a cultural technologist and anthropologist who spent close to a year living and working in the early virtual world, Second Life, this talk takes you on a journey to the not so distant future. Read More >

The UnOrganization: The Transformation of Organizations & Work as We Know It

This talk takes the audience on a journey through emerging decentralized and civic organizational models -- models beyond multinational corporations and nation-states, models which will carry us into the future of urban niche organizations, space colonies, and virtual worlds. Read More >

From Supply Chains to Demand Chains: The Future is Local

Over the past few decades, the globalization of supply chains has gone from being a radical outlier to a commonplace. The simplified version of the story runs that, as communications technologies connected us globally, and transport technologies enabled the shipping of parts, local supply chains morphed into global ones. Now, we think nothing of purchasing electronics from Japan, avocados from Mexico, and toys from China in a single visit to the supermarket. Supply chains as we know them, however, are changing due to geopolitical tensions and tariffs, pandemics like COVID, fragmentation of people and communities, and emerging technologies. We are seeing something new. The demand chain. Read More >

In this talk we cover: Read Less ^

10 Lessons in Risk from an Ex-Professional Skydiver

Leaders today are plagued by fear-based decision-making, which leads to incremental innovation, not the radical evolution required to embrace the abundance of exponential growth. This talk investigates the psychology of risk taking, emotional intelligence, and intuition for leaders and organizations in order to innovate from a place of trust and abundance, versus fear and optimization.

"Sam joined us to deliver a keynote address for Cisco Supply Chain’s 2018 Development Day, where she took the audience on a mesmerizing journey through the paradigms that have shaped distributed and decentralized computing. Her unique and engaging take on blockchain as a backbone technology for the future was a great addition to our programming and we look forward to welcoming her back again!”

“Samantha joined us for our annual CRN Trade Association Conference for Keynote address on how blockchain and other emerging technologies will impact the Supplements and Functional Foods Industry. She also facilitated an interactive, audience engaging panel covering the specifics of how blockchain directly impact and enhance the industry. Sam is an energetic, engaging, and astute speaking and I would recommend her for any event where complex technologies need to be broken down into digestible, and often fun, communications.”

"Sam is one of those rare individuals who has the ability to catalyze — whether it be an audience, her team, or her company’s customers. As a keynote speaker and panelist, she has the unique ability not only to distill complex topics surrounding emerging technologies, but also to make sense of why technologies like blockchain will impact the lives of individuals and businesses alike. She had a tough job, speaking to a room of 500+ accounting professionals on blockchain, and she didn’t cease to impress and inspire.”

“I’ve heard dozens of blockchain talks and yours was the best! It was so applicable, which is hard. Will you join our next event?"

"Thank you for bringing your thoughtful and highly customized talk to Whirlpool. It’s clear that you listened to our objectives and direction and I know it was no small effort to incorporate it all into your talk. All in all, it was the most coordinated effort between the speaker and our Company that I’ve seen. And it showed during the workshop process and resulting ideas." 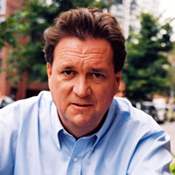