Yamiche Alcindor is the White House correspondent for PBS NewsHour and a political contributor for NBC News and MSNBC. At PBS NewsHour, she has directly questioned President Trump a number of times and has traveled extensively including to places like Belgium for the 2018 North Atlantic Treaty Organization meeting, to Helsinki, Finland as President Trump met with Russian President Vladimir Putin, and to McAllen, Texas to chronicle life on the border of the United States and Mexico and the impact of President Trump's family separation policy. Read More >

As a contributor for NBC News and MSNBC, she often appears on a number of shows including Morning Joe, Andrea Mitchell Reports, Hardball with Chris Matthews, and Meet the Press with Chuck Todd.

Previously, she was a national reporter for The New York Times, covering politics and social issues, and also a reporter with USA Today. Alcindor has reported extensively on the intersection of race and politics. She’s covered the impact of President Trump’s policies on working class people and immigrants, the presidential campaign of Senator Bernie Sanders, the legacy of President Obama as well as how police killings affect communities and children.

Alcindor earned a master's degree in broadcast news and documentary filmmaking from New York University and a bachelor's in English, government and African American studies from Georgetown University.  A native of Miami, Fla., Alcindor is married to a fellow journalist and is the daughter of Haitian immigrants who met while attending Boston College. Read Less ^

Politics & Civil Rights in the Era of President Trump

Racial Identity & the Fracturing of America 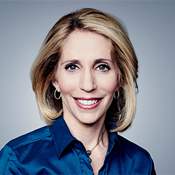