Anthony “AB” Bourke is a highly experienced F-16 fighter pilot who has flown tactical missions in countries all over the world. He has accumulated more than 2,700 hours of flight time in numerous high performance aircraft and was one of the first pilots to fly his F-16 over New York City in the homeland defense efforts on September 11th. Read More >

Following his impressive military career, “AB” took the tools and techniques that made him one of our nation’s premier fighter pilots and applied those to the competitive world of business. He ascended early in his career to become the top producing mortgage banker in the Western US for a prominent lending institution. His success in the mortgage industry led to a new opportunity at a California based start-up company where his team of 40 professionals dramatically grew revenue from $500,000 to $65M in three years.

Following these two endeavors, “AB” partnered with two other fighter pilots to form Afterburner Inc., a global management training company. “AB” served as Afterburner’s CEO & President where for over a decade he combined his love of business with his passion for tactical aviation. Under Bourke’s leadership, Afterburner grew into a best-in-class training company and was twice named one of Inc Magazine’s 500 fastest growing companies.

As CEO & Founder of Mach 2 Consulting, Bourke brings his tactical knowledge and vast business experience to the forefront of the management training world. “AB” has travelled the globe sharing his message of peak performance with over 50,000 people in nine different countries, and is currently working on a book titled The Art of The Debrief. Read Less ^

Culture of Innovation: Innovating at Mach 2

Fighter pilots fly and fight in a rapidly changing, complex environment where the margin between victory and loss is razor-thin. In a situation where people's lives are at stake, a squadron must take every step to stay ahead of the competition. Similarly, in business, where we risk our lives every day, the key to staying ahead of the competition and a changing environment is a culture of honest review of today's results and innovating ahead of tomorrow's threats. The US Air Force, Navy and Marines are built on a foundation that mandates execution of the current plan, while strongly encouraging its troops to innovate and evolve ahead of the competition. This culture of innovation keeps our armed forces at the cutting edge of performance and enables us to develop new technology and tactics to maintain our position as the superior air power in the world. The same culture of innovation can be used by businesses that are striving to innovate in their own rapidly changing environments.

There are many companies with great people and great strategies in the business world today. Ultimately the difference between the winners and the “also rans” comes down to Execution. During this interactive, multi-media keynote speech, AB will share the tools that fighter squadrons use to make sure that we are aligned, flying in formation and executing at the highest level every single time we fly. This highly motivating and inspiring keynote will equip your team with simple actionable tools that they can apply the very next day to improve execution and drive better results as individuals and as a team. If your company is pursuing a path of Executional Excellence, this session will reinforce your messaging and provide a fresh perspective on why Execution truly matters in every business.

A high impact Keynote focusing on how the world’s most successful enterprises – where results truly matter — achieve peak performance by creating a culture of honest and open feedback. At the conclusion of this 45-60 minute multi-media presentation, your team will walk out the door with a clear understanding of the potential power of open feedback. They will also learn how a “feedback gap” can cripple an organization. Finally, they will see a clear path on how you can make open feedback an integral part of your culture.

All great leaders have a system for driving peak performance. This hard-charging, high-impact keynote offers your leaders the straightforward, critical tools that U.S. fighter pilots employ to lead their wingmen into the demanding environment of aerial combat. Learn how the best fighter squadrons and the best businesses in the world hire future leaders, how they then properly train those individuals, and continually promote a process of continuous improvement to stay one step ahead of the competition.

In addition to rising to the top of the aviation community, AB has built a business career on sales excellence. After achieving accolades as “Top Producer in the Western US” for a prominent lending institution, AB led a team of 40 professionals to grow revenue at a California based start-up company from $500,000 to $65M in just three years. A quintessential sales professional, AB will teach your people that just like fighter pilots, “great sales people are made… not born.” He draws comprehensive parallels between what makes great fighter pilots and what makes great sales people. For organizations looking to develop a sales team of “Top Guns,” this dynamic, interactive speech is a must!

Safety is the key to every successful mission for a fighter pilot. No matter how fast they fly, or how accurate their bombing runs, none of it matters if they don’t come home. Learn how the best fighter squadrons in the world train their people to execute the mission at the highest level every day, while keeping “safety first” top of mind. In this high-impact keynote, AB explains how to build a culture of safety without compromising the mission. He will also paint a vivid picture of how to identify the series of events that can lead to an accident while offering attendees the critical tools that U.S. fighter pilots employ every day to keep their wingmen safe in the high stakes environment of aerial combat.

Flying in the Face of Fear

On the morning of September 11, 2001 Major Anthony “AB” Bourke found himself stuck at the Burlington, Vermont Airport 3,000 miles from his home and his F-16 Fighter Squadron in Fresno, CA. In this riveting story you will hear how Major Bourke volunteered to help a local F-16 Squadron in Burlington and become one of the first pilots to fly homeland defense missions over New York City. You will also learn how AB reacted when he learned that his mission was now to shoot down large commercial airliners, over his own country, filled with US citizens. Bourke flew homeland defense missions for a week over NYC and then for another 9 months over the skies of California when he returned to his home squadron. His message is one of courage, discipline and overcoming one’s fears to keep America safe in one of darkest times in our great country’s history.

In the ’60s and ’70s, US airline and military pilots were chosen among the best and the brightest, received the highest level of training, and flew the latest technology. Despite all of this care, they crashed airplanes at an unacceptably high rate due to preventable human errors. Thus a new way of training pilots called Crew Resource Management (CRM) was developed, making the industry significantly safer. Read More >

When 11 lives are lost every hour in US hospitals due to preventable medical errors, it would appear that patient safety needs to undergo the same drastic reform as aviation. In this presentation, speaker Anthony “AB” Bourke explains how CRM can be applied to healthcare professionals and offers key tools that they can use to drive better results and improve patient safety using his Continuous Improvement Process (CIP). In this one-hour, multimedia session, you will learn how pilots effectively use tools to improve performance and safety every time they take off on a mission. Bourke provides both thought-provoking ideas and hard-hitting actionable tools that you can apply to your organization immediately. Read Less ^

"I LOVE AB and he is hands down, the best speaker we’ve hired in the last 4 years here at my firm. I hire motivational/leadership speakers every year for 6 offices across 3 states. I took a chance on Anthony and I am reaping the rewards still for what the message he shared with our clients and staff. AB spoke on 'debriefing' and I can tell you, we received many compliments on his message. We have changed the way we do things here at Buckner because of him. We received the highest rating score with him as a speaker out of the last 4 years. I cannot say enough about this great man. If it were me, I would hire him again in a hot second!" 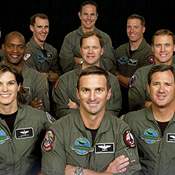