Antonio Núñez has spent over two decades working in the communication industry in 13 countries across four continents. He worked as a strategist consultant for Young & Rubicam and Euro RSCG, and later moved to Saatchi & Saatchi where he worked for 11 years as a strategist, and was appointed Guest of Honor of the Worldwide Strategy Committee. While at Saatchi & Saatchi, Núñez worked on some of the company’s most high profile and award-winning campaigns. In 2007 he become partner at SCPF WPP agency and collaborated in launching its Miami hub. Two years later he resigned to create and establish his own company specialized on storytelling, Story and Strategy, where he advises political candidates and parties, human resources managers, celebrities, large banks, media, and brands such as Evax and Vodafone. Read More >

Núñez has written several books on business, brands, persuasion, personal communication, storytelling, and transmedia storytelling. He is an advisor to companies like McDonald´s, HP, Novartis, Danone, and The World Bank; lectures at ESADE Business School; writes articles for El País and Harvard-Deusto Business Review; and participates in LATAM radio and TV shows.

Today, he is recognized as the pioneer and most notable figure in business storytelling throughout Spain, Portugal, Latin America, and the Caribbean. He has international experience in Algeria, Brazil, Czech Republic, Dominican Republic, France, Germany, Greece, Italy, Mexico, New Zealand, Portugal, Spain, the United Kingdom, and the US.

He is the author of Storytelling, dedicated specially to those who need to communicate more effectively, and La Estrategia del Pingüino (The Penguin’s Strategy), which focuses on the best way to communicate person to person by word of mouth.

A teacher and lecturer on storytelling, Antonio Núñez has taught hundreds of courses and conferences, and collaborates with various media. He speaks on how storytelling can help your professional career, team, innovative idea, brand, or company to connect consistently and emotionally with others in this era of fragmented media and economic attention. He graduated with an MBA in business administration from ESADE. Read Less ^

Communicating Persuasively Through Your Personal Storytelling

How to Sell an Innovative Idea: Storytelling for Entrepreneurs

Transmedia Storytelling: How to Influence with Contagious Stories in Real-Time Communication Chains 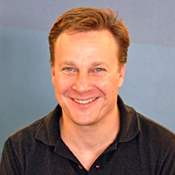