Music was Benjamin Zander’s life at a very early age. When Zander was nine he was already composing and by twelve he was studying under Benjamin Britten and Imogen Holst. He left home at the age of fifteen to study for five years with the great Spanish cellist Gaspar Cassado in Florence and at the State Academy in Cologne. Read More >

After completing his degree at London University, he came to the United States on a Harkness Fellowship and has made his home in Boston ever since. There, as conductor of the Boston Philharmonic since its formation in 1978, and a guest conductor of numerous orchestras, he has become the center of an intense, at times almost cult-like following. In his case, however, the followers are not starry-eyed acolytes, but rather some of the most well informed musical intellectuals in America. For over forty years, beginning with Michael Steinberg’s passionate advocacy on his behalf in the pages of the Boston Globe, critics and public have been united in their praise of Zander’s interpretations of the central repertory.

Zander has travelled the world lecturing to organizations on leadership. He has appeared several times as a keynote speaker at the World Economic Forum in Davos, where he was presented with the Crystal Award for ‘Outstanding Contributions in the Arts and International Relations’. The best-selling book, The Art of Possibility, co-authored with leading psychotherapist Rosamund Zander, has been translated into seventeen languages.

Please visit benjaminzander.com for more information, and TED.com to hear his influential presentation on the transformative power of classical music. Read Less ^

Playing on One Buttock

The Art of Possibility

"Ben Zander’s presentation was SPECTACULAR! I cannot think of another word to better describe the experience. Although I had not seen him in person previously, I had the sense from his videos that he would be the perfect match for us, and deliver an interactive presentation that would be enjoyed by all, and he was amazing. I believe that he touched and inspired everyone in the room. We could not have been happier with the outcome. Now…my only concern is…. how are we going to top that for future conferences?"

The Art of Possibility 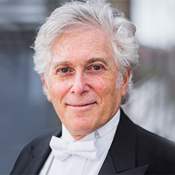 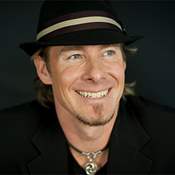