Cam Neely played thirteen years in the NHL, the final ten with the Boston Bruins.  His career came to an end in August of 1996 when he was diagnosed with a career-ending hip injury.  Neely retired, but not without leaving his mark on the hockey world with 726 games played, 395 goals, 299 assists, 694 total points and 1256 penalties in minutes.  Neely was the perfect player, a blend of toughness, intimidation and scoring touch.  He became the league’s first termed “power forward.” Read More >

As one of the league’s top combinations of finesse and hard-nosed hockey, Neely was only the second player in Bruins history to record back-to-back 50-goal seasons.  He had his third 50-goal season in 1993/94 and finished the strike shortened 1994/95 season with 27 goals in 42 games.  He had 14 career hat tricks and for many years led the Bruins in goal scoring.  Neely also shares the NHL single season playoff record for most power play goals.  A recipient of many awards in the hockey world, Neely was named to The Sporting News All-Star First Team in 1997/88, and Second Team in 1989/90 and 1990/91, in addition to the NHL All-Star Team from 1987/88 to 1995/96.  In 1994 Neely won the NHL “Bill Masterton Trophy” as the player who best exemplified the qualities of perseverance, sportsmanship and dedication to hockey.

In addition to his impressive record on the ice, Neely engages in a range of activities and interests.  He is known as one of the most visible retired athletes in the Boston area, making many appearances on behalf of charitable organizations.  Most of his efforts are now dedicated toward the Neely Foundation, a tax-exempt charitable foundation where he serves as President.

On August 25, 1997, the Cam Neely Foundation opened the doors to the Neely House.  The Neely House is a home away from home for pediatric and adult cancer patients and their families while the patient is undergoing treatment at New England Medical Center in Boston.

Aside from his work with the Foundation, Neely has appeared in four motion pictures, Monument Ave., Dumb and Dumber, Mighty Ducks II, and Me, Myself and Irene.  He has also guest starred on the television show, Beverly Hills 90210.

Excelling in Your Job

Hockey for Everybody: Cam Neely's Guide to the Red-Hot Game on Ice 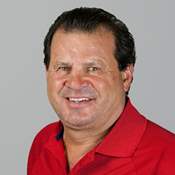