Casey Pieretti hails from a ranch outside Carson City, Nevada, where he could literally hunt small game from his front porch. It’s no surprise that his childhood hero was Davy Crockett and he set about mastering all the skills of an outdoorsman. Pieretti also enjoyed an active sports life – riding motorcycles and BMX bikes around his property and playing basketball, football, and wrestling. Since his father held a degree in chemistry and suffered from multiple sclerosis, Pieretti had a fascination with science and medicine. He dreamed of someday becoming a doctor. However, when a drunk driver killed his father and brother in 1980, he lost that focus. After high school, Pieretti traveled around Nevada and California playing street basketball games. This experience helped hone his basketball skills and he returned to school as a walk-on player at Wassuck College, earning himself a full-ride scholarship. Read More >

Just as his life seemed to be getting back on track, it was forever changed on the evening of November 3, 1985. One week before his first college basketball tournament, Pieretti was driving with friends and their car broke down. He stepped behind the vehicle to push it off the road and was struck from behind by a drunk driver – severing his right leg below the knee.

Because of what happened to his father and brother, Pieretti knew he was lucky just to be alive. Basketball was over, but he wasn’t going to take it lying down. He’s an athlete and was determined to remain one, so he went in search of the best prosthetics in the world. It’s been his obsession ever since. Since his accident, Pieretti has tested prosthetic components for many major manufacturers and has provided firsthand feedback on what makes them work and causes them to fail.

During the course of his rehab, Pieretti developed a passion for inline skating and turned it into a full-time job, performing at schools throughout California. In 1993, he skated across the United States to draw media attention to the needs of amputee children whose families couldn’t afford to replace limbs every year. This stunt led to the development of the National Limb Bank. It also introduced Pieretti to Bill Spracher, who was the wheel chemist for Powel Peralta Skating Wheels. This chance meeting would lay the foundation for a lifelong friendship and the formation of their specialized prosthetics company: Amp’d Gear.

Skating also drew the interest of Hollywood. In 1996, after performing various one-legged skating stunts for a series of commercials, Pieretti was hired to have his leg amputated by a bug in the film Starship Troopers. This turned out to be his big break. Pieretti could do the same stunts as a regular stuntman and he could blow his leg off. Since then, he has gone on to work with some of the biggest action film directors, including Paul Verhoeven, John Woo, and Steven Spielberg.

Pieretti has worked for every major motion picture studio and every television network. His most recent work includes Gamer, CBS’ The Mentalist, Priest, and Green Hornet. He currently stars in the Discovery TV show Bionic Builders. Read Less ^

Anything Is Possible: A Story of the Human Spirit

We may not be able to choose the situations we are thrust into, but we can always choose how to deal with them. This was the lesson Casey Pieretti learned—that, although though his accident may have changed the course of his life, it also made him more resilient and persistent, while allowing him the opportunity to carve himself a unique career niche. In so doing, Casey used his “disability” as an asset, not a hindrance. In this inspiring speech, Casey Pieretti helps audiences understand the importance of adapting and using differences as advantages, while sharing his personal story of resilience. He also discusses how overcoming obstacles and achieving are learned behaviors—not natural abilities—that must be tapped into and nurtured, and that with perseverance, drive, belief in self, and tenacity of the human spirit, one can accomplish anything. Casey’s inspiring message, told in the context of his own fascinating personal story, will leave audiences awestruck and inspired.

In this motivational keynote speech, “Bionic Builder” Casey Pieretti shares the personal story of how, in the face of adversity, he learned how to overcome his perceived disability to become a Hollywood stuntman and innovator in the field of prosthetics. Extolling the importance of cultivating one’s own ability to achieve, no matter the arena, Casey, who now designs prosthetics and is a pioneering stuntman, also discusses the role technology has played in his recovery as well as his career. He stresses that, while technology must be embraced, it can’t be seen as the end-all be-all solution—because ultimately, it’s the human spirit that powers and drives that technology. Casey’s powerful message on drive and achievement, coupled with his technological background, makes this a fascinating speech for both sales forces and technical audiences.

Tales from a Hollywood Stuntman 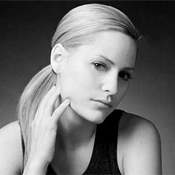