Chamique Holdsclaw was born and raised in Queens, NY, she first made her mark as a high school basketball star at Christ The King High School. She later accepted a full athletic scholarship to play collegiately for the perennial Women’s Basketball Powerhouse University of Tennessee Lady Volunteers and Hall of Fame Coach Pat Summit. She went on to have a stellar collegiate career that included leading the Lady Vols to three straight NCAA Championships, which was the first time that had ever been accomplished in Women’s College Basketball history. After her illustrious college basketball career, which included several All-American honors and countless other awards, Chamique would go on to be the #1 Pick in the 1999 WNBA Draft by the Washington Mystics. Her rookie season was capped with a WNBA Rookie of the Year Award as well as her first of six WNBA All-Star appearances. In 2000 she had the honor of winning an Olympic Gold Medal with Team USA at the 2000 Sydney Olympic Games. Read More >

Aside from her outstanding athletic career, Chamique has dedicated her life’s work to mental health and wellness activism. As of late Chamique has devoted a lot of her focus and time making appearances and speaking at various conferences, panels, and events within the mental health community to share her own personal struggles with depression depicted in her documentary, Mind|Game: The Unquiet Journey of Chamique Holdsclaw, and how she has been able to seek help and manage her own mental health. She is an honorary member of Alpha Kappa Alpha Sorority, Inc. Chamique is an ambassador with the JED Foundation as an advocate for mental health and wellness. Read Less ^

It's Not Where You Are Right Now, It's Where You're Going

The Unquiet Journey of Chamique Holdsclaw: A Message of Hope & Healing

From the rough-edged courts of New York City and recruited by Coach Pat Summitt for the University of Tennessee’s Lady Vols, Chamique Holdsclaw was hailed as the “female Michael Jordan,” impressing crowds with her artistry, athleticism and drive. A 3-time NCAA champ and Number One draft pick in the WNBA, Holdsclaw seemed destined for a spectacular professional career—until her long-suppressed battle with mental disorders emerged to derail her career and threaten her life. In this inspiring keynote, Chamique will share her personal story of resilience as well as a message of the importance of self-care, prioritizing mental health, asking for help, and knowing that you are not alone. 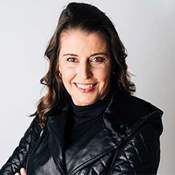 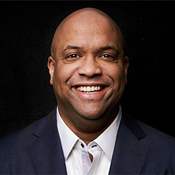 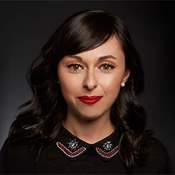