Chris Hedges is a Pulitzer-prize winning journalist, New York Times bestselling author, professor at Princeton University, activist and ordained Presbyterian minister. He has written 11 books, including the New York Times best-seller Days of Destruction, Days of Revolt (2012), which he co-authored with the cartoonist Joe Sacco. His other books include America: The Farewell Tour (2019), Wages of Rebellion: The Moral Imperative of Revolt (2015), Death of the Liberal Class (2010), Empire of Illusion: The End of Literacy and the Triumph of Spectacle (2009), I Don’t Believe in Atheists (2008) and the best-selling American Fascists: The Christian Right and the War on America (2008). His book War Is a Force That Gives Us Meaning (2003) was a finalist for the National Book Critics Circle Award for Nonfiction and has sold over 400,000 copies. He writes a weekly column for the web site Truthdig in Los Angeles, run by Robert Scheer, and hosts a show, On Contact, on RT America. Read More >

Hedges was part of a New York Times team of reporters awarded a Pulitzer Prize in 2002 for coverage of global terrorism. He also received the Amnesty International Global Award for Human Rights Journalism in 2002. Hedges speaks Arabic, French and Spanish and studied classics, including ancient Greek and Latin, at Harvard University.

Hedges began his career reporting on the Falkland War from Argentina for National Public Radio. He went on to cover the wars in El Salvador and Nicaragua for five years, first for The Christian Science Monitor and National Public Radio and later The Dallas Morning News. After six years in Latin America, he took time off to study Arabic. He spent seven years in the Middle East, most of them as the bureau chief for The New York Times. He left the Middle East in 1995 for Sarajevo to cover the war in Bosnia and later reported the war in Kosovo. Afterward, he was based in Paris as part of the team covering al-Qaeda and global terrorism. He left the Times after receiving a formal reprimand from the newspaper for publicly denouncing the George W. Bush administration’s invasion of Iraq.

In 2012, Hedges successfully sued President Barack Obama over section 1021 of the National Defense Authorization Act, which overturned the 1878 Posse Comitatus Act, prohibiting the military from acting as a domestic police force. Section 1021 gives the military the authority to indefinitely detain and deny due process to U.S. citizens who are branded by the state as terrorists. The decision was overturned on appeal by the Obama administration. The U.S. Supreme Court declined to review the ruling, known as Hedges v. Obama, in 2014.

Hedges holds a B.A. in English literature from Colgate University and a Master of Divinity degree from Harvard University. He spent a year studying classics at Harvard as a Nieman Fellow. He was awarded an honorary doctorate from Starr King School for the Ministry in Berkeley, Calif. In 2014 he was ordained as a minister for social witness at the Second Presbyterian Church in Elizabeth, N.J. The theologian James Cone, the father of Black Liberation Theology, preached the sermon along with Cornel West. The ordination was approved for his work in New Jersey prisons where Hedges has taught college credit courses for nearly a decade. Read Less ^

War Is a Force That Gives Us Meaning

American Fascists: The Christian Right & the War on America

The New Atheists as Secular Fundamentalists

The Cultural Embrace of Illusion & the Society of Spectacle

The Death of the Liberal Class

"I thought Mr. Hedges’ presentation yesterday was outstanding. His lecture was the impetus for much discussion on the part of students as well as my fellow colleagues. His lecture was the fodder for thinking and examining the topic of war critically. Instructors and their students can go back to class and discuss these issues and related ideas in depth."

"Chris was SPECTACULAR. His demeanor, delivery, tone, and manner...of course...but what most moved this audience was his STORY. Chris spoke from the heart to our hearts and everyone in the room felt it and responded to it. He was just phenomenal. Thank you for helping us to bring him to this conference to which he was such an integral part."

- The Mythology of Violence Conference 2008

"Chris was a big success on our campus. He addressed a large class of students in a cross culture journalism class about being a foreign correspondent and evoked a lively response. His evening address to the public attracted a full house (240+ people), most of whom were sympathetic to his strongly held and vigorously presented views. There was enough interest in his remarks that a number of people met together a couple of days later to discuss them."

"Thanks again for participating on our war coverage symposium. Your experience and expertise helped us produce an excellent event. The reviews in the last several days have been complimentary, and we definitely started a buzz around campus about war issues."

"Things went very well. It proved to be the largest attendance at any talk given at Salt Lake Community College, with over 700 in attendance from the college, from the nearby University, and from the wider city community."

The World As It Is 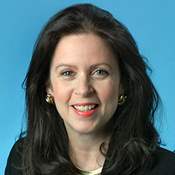