Empowering others with her inspiring life story, Christina Meredith survived sexual, mental and emotional abuse, incest, trauma, aging out of foster care, poverty and homelessness to forge a life committed to helping others. Through strong faith, hard work, and creativity she went on to become Miss California, graduate college, founded her own nonprofit foundation, and turned her enlistment into a commissioned officer in the U.S. Army. As told in her best-selling book, CinderGirl: My Journey Out of the Ashes to a Life of Hope, (now under development to become a major motion picture) during appearances on the Today Show and before speaking audiences nationwide, Christina’s story celebrates the transformative power of dreams, and the potential within all of us triumph over adversity. "My entire story is about hope, faith, hard work, achieving the dream and the purpose that you have been given in this life, and not allowing things to deter you, because circumstances change," she says. "With hard work and a little faith, you can make them change." Read More >

Christina Meredith is from the oldest city in the Nation, Saint Augustine, Florida. Christina endured years of abuse before entering the foster care system. Passed from family to family, Christina finally landed in the home where she remained until she aged out of the system at 18.

Graduating from Allen D. Nease high school with nowhere to turn, Christina spent over a year homeless and living in her car after aging out of foster care. Eager for a fresh start, Christina moved out to California where she took a series of odd jobs, eventually catching the eye of a pageant recruiter who suggested she compete in the Miss California pageant. In April of 2013, Christina won the title of Ms. California and has since dedicated herself to speaking out on behalf of abused children all over the country.

She has been the recipient of ISF’s 2019 Community Impact Award from the state of Texas and her work for child welfare reform across Texas, opened for the Special Olympics, spoken to congress on the foster care crisis pushing for bigger mental health budgets specifically trauma therapy services for all foster youth, the state of Florida had her to speak to hundreds of foster youth and state workers teaching trauma awareness, the city of Saint Augustine hailed her a hometown hero awarding her the yearly Child Abuse Prevention month from the Saint John’s Commissioners office, She has spoken all over the country sharing her story, from appearances on the Today Show, Fox News, MSNBC, CBS, and others; Christina’s story has encouraged millions that they too can heal from the wounds of trauma becoming all they dream to be.
Her mission to change the way America handles foster youth is well on its way as she continues to travel the country as a foster care activist and mental health advocate as a National sought-after Speaker. She has launched her foundation the CHRISTINA MEREDITH FOUNDATION that advocates for foster care reform, human trafficking laws, homelessness initiatives, and mental health programs.

Christina’s first book, Cindergirl, a national best seller, published by Harper Collins, is slated to become a major motion picture. She concurrently serves in the US ARMY as a Signal Intelligence Officer in the US Army. She has a bachelor’s degree in political science with a focus on Foreign Affairs. She is obtaining her masters in Global Security and splits her time between Jacksonville, FL and Austin, Texas. Read Less ^

Creating a Life of Hope

Life From Abusive Foster Care to Beauty Queen to US Army

Breaking the Cycle of Poverty and Abuse

Drawing upon her moving and inspiring book, CinderGirl, which is being developed into a major motion picture, Christina Meredith shares her heart-touching and uplifting life story. Leaving behind abuse, trauma and homelessness she went on to become Miss California, enroll in college, found her own nonprofit foundation, and set out on the path to becoming a commissioned U.S. Army officer. Sharing both her inner and outer journey into healing, profound faith and a powerful commitment to helping others, Christina encourages us to reach further into our own personal courage and find the help to heal our deepest wounds. Tailoring her presentation to focus on specific areas of her story, Christina believes that any obstacle can be overcome—we just have to find the power to believe and the strength to never give up.

It Took a Village: How School & Teachers Saved My Life

By the time she reached high school, the chronic abuse that Christina Meredith had endured had crippled her ability to learn. Traumatized by sexual abuse by her uncle and psychological and physical abuse by a mentally ill mother with substance use disorder, she actually believed that she had lost her capacity to learn. Then, teachers saved her life. From buying her food when she was too hungry to concentrate to spending hours providing her with tutoring to catch up, graduate, and eventually go on to college and career, their caring made a difference. Finally faced with a solid support system, they also gave Christina the courage to speak out about her home life and find safety and stability in foster care. In this inspiring talk, Christina talks about how teachers literally saved her life and how their caring inspired her to help other children surviving trauma or aging out of foster care.

Dignity. Decorum. Discipline. Discretion. In her life, Christina Meredith went beyond just conquering adversity and surviving trauma. She also discovered tenets of success that took her from Miss California to college, writing a book, starting her charitable foundation and a soon-to-be commission in the U.S. Army. Grounded in a commitment to never allow self-pity to get in her way, Christina’s “Four D’s” are a code to live by. In this highly motivational talk, Christina shares her philosophy and the life experiences that have shaped her approach to achieving goals and success.

As a survivor of sexual abuse, Christina’s journey has taken her from tragedy and trauma to a commitment to healing others. A key mission of her nonprofit Christina Meredith Foundation is providing trauma care for foster children. In this brutally honest talk, Christina speaks openly about her experiences and how she found peace and healing through faith, therapy and community support. By sharing her own dramatic story and journey out of fear, desperation and darkness, Christina hopes that others will be inspired to pursue their own path to healing and wholeness.

Through all the years of abuse by her mother and uncle — even before she read her Bible or found comfort in Scripture — Christina always had a strong sense of the Lord’s love and presence. As a homeless teenager, living in her car, she prayed every day. In many ways, Christina has seen her prayers answered. But her journey was not without profound pain — pain that she vowed she would use for a higher purpose. In this inspiring talk for Christian audiences, Christina shares the strength and meaning that her faith has given her in times of profound abuse and suffering — and how she has used it to do the Lord’s work in helping others.

"Working with APB, Drew, and Christina has been the highlight of my position on Penn State's Panhellenic Executive Board so far! Being new to my role, APB and Drew were so patient and understanding throughout the process and made communication so easy! I also cannot say enough about how professional and impactful Christina was! We received such amazing feedback and are so grateful we got to hear her story and her advice! I cannot wait to work with APB again in the future!"

"Christina has more tenacity and resilience in her small finger than I have within myself! Her story is incredible and how she has chosen to use the trauma she experienced to help others amazes me! It takes so much courage to share her story. It is so important in our roles to provide grace in humanity and meeting families/students where they are. Thank you for sharing your story and providing all of us with a reminder of how important any of us may be in the life of another when we offer support, respect, and understanding. Wonderfully inspiring!"

- Center for Schools and Communities

"Christina was wonderful! Her message matched perfectly with our mission and our guests really enjoyed her – plus she was able to sell some of her books afterwards for a signing. It was a success!"

"Christina was such a delight to have at our event. Our guests were so moved by her story, and were eager to speak with her after the program. The experiences she shared completely mirrored the experiences our young people often face before they find the YWCA - it was a really good fit. After speaking, Christina sold copies of her book and continued to talk with our guests up until it was time for her to leave."

“She was AWESOME! Everyone loved her, I got text from my friends saying she was the best speaker United Way has ever had! Thank you so much for recommending her!!!"

"Christina was hands down the most engaging speaker I have ever heard. Her story is both painful and motivational. She is a true example of resilience in the face of seemingly insurmountable adversity. Such a wonderful speaker with such deep insight. She gave an incredible presentation that is so relevant to this work. This was one of the best sessions I have ever experienced."

- Center for Schools and Communities

"Christina Meredith was absolutely lovely. Survey respondents said her talk was their most impactful takeaway, and we really appreciate all of the flexibility and generosity she showed us throughout the whole process. Thank you so much for your time! We have been grateful to work with you." 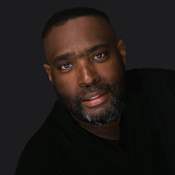 Entrepreneur, Author, Philanthropist & Inspiration for the Acclaimed Movie The Pursuit of Happyness