Connie Schultz is a nationally syndicated columnist for Creators Syndicate, and Professional in Residence at Kent State University. In 2005, she won the 2005 Pulitzer Prize for Commentary for columns that judges praised for providing “a voice for the underdog and the underprivileged." Her work has appeared in the New York Times, the Washington Post, Politico, Parade, the Atlantic, ESPN Magazine and Democracy Journal. Read More >

Also in 2005, Schultz won the Scripps Howard National Journalism Award for Commentary and the National Headliner Award for Commentary. In 2003, she was a Pulitzer Prize finalist in feature writing for her series, "The Burden of Innocence," which chronicled the ordeal of Michael Green, who was imprisoned for 13 years for a rape he did not commit. The week after her series ran, the real rapist turned himself in after reading her stories. The series won the Robert F. Kennedy Award for Social Justice Reporting, the National Headliner Award's Best of Show and journalism awards from Harvard and Columbia universities.

In 2004, Schultz won the Batten Medal, which honors "a body of journalistic work that reflects compassion, courage, humanity and a deep concern for the underdog."

Schultz is also a fellow with the Vietnam Reporting Project. Her 2011 series, “Unfinished Business,” explored the long-term impact of Agent Orange in the U.S., and in Vietnam. Recently, the series won the Associated Press Managing Editors Journalism Excellence Award in International Perspective. She has received six honorary degrees, and for the last two years has served as a Pulitzer Prize juror.

Schultz is the author of two books published by Random House: Life Happens – And Other Unavoidable Truths, a collection of essays, and …and His Lovely Wife, a memoir about her husband Sherrod Brown’s successful 2006 race for the U.S. Senate. She is currently working on her first novel. Read Less ^

My Story is Your Story

Life Happens: And Other Unavoidable Truths

And His Lovely Wife: A Campaign Memoir from the Woman Beside the Man

"I can honestly say things could not have gone better. Her presentation was AMAZING. It seemed to really, really speak to each of our attendees. There was quite a bit of Q&A after her presentation and she has inspired a number of discussions, which I interpret as success. What a keynote! Thank you again."

. . . and His Lovely Wife: A Memoir from the Woman Beside the Man 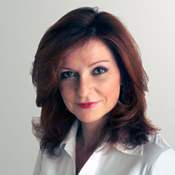