Griffin Matthews and Matt Gould, the young creators of Witness Uganda, present a concert of songs and stories from their new musical, winner of the 2012 and 2014 Richard Rogers Award for Musical Theater. Read More >

Witness Uganda takes place in 2005 Uganda when Matthews arrives as a volunteer from New York City to help build a village school and escape his church’s probing into his sexuality. But when he falls into a complicated relationship with a group of destitute, orphaned teenagers, he becomes obsessed with a mission that will change his and their lives forever. Told through personal accounts of triumph and tragedy against the backdrop of heart thumping Afro-pop music, Witness Uganda tackles the question: is changing the world even possible?

The show had its world premiere at the American Repertory Theater at Harvard University in 2015 and is headed for Broadway in 2016 under the direction of Tony winner Diane Paulus.

In addition to Witness Uganda, Griffin, a graduate of Carnegie Mellon’s School of Drama, and Gould, a graduate of The Boston University College of Fine Arts, have performed, spoken, and led master classes internationally. Their work has been performed in Uganda, The Islamic Republic of Mauritania, Japan, Jazz at Lincoln Center (NYC), The Warner Theater (Washington D. C.), The Saban Theatre (LA), Symphony Space (NYC), Huntington Theatre Company (Boston) and TEDx Wall Street.

The two are currently working on a commission of an autobiographical piece about their same sex, mixed race, interfaith family for Los Angeles’s premier theater company, Center Theater Group. Their greatest joy continues to be watching the students of their aid organization, UgandaProject, rise above their circumstances and be the first members of their families to graduate high school and college. Learn about all their amazing stories in the unique, one of a kind program, Witness Uganda. Read Less ^

An Evening with the Creators of "Witness Uganda"

The creators of the award-winning Off Broadway musical, Witness Uganda, deliver a thought provoking keynote address. Using original heart-pounding music, humor, and stories from their world travels, their presentation explores the complexity of aid work, Civil Rights, and American responsibility both here and abroad. As artists and activists, Matt and Griffin work alongside students, corporate leaders, and politicians to create dialogue centered around race relations, LGBT rights, art, and politics and seek to inspire their audience to re-imagine their endless potential to change the world. Read More >

Matt and Griffin have worked to rebuild communities broken by both natural and man-made disasters. They’ve given song and voice to the children and survivors of the 2010 Tohoku Tsunami that devastated a small fishing village in Japan, and counseled a University staff and student body in the wake of a campus hate crime in upstate New York. By channeling grief, joy, pain, and empathy through art, the pair challenges their audience to rebuild their community through their artistic expression.

Matt and Griffin have been featured in multiple national publications and have performed for countless schools, community groups, and houses of worship around the world. Read Less ^ 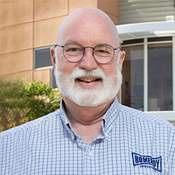