Menefee completed the inaugural season of the USFL in Spring 2022 as lead play-by-play along side analyst Joel Klatt and reporter Brock Huard. Recently, Menefee hosted the A&E series, America’s Top Dog – which premiered in January 2020 as A&E’s highest-viewed premiere in four years.

He began his career at FOX Sports in 1997 as a sideline reporter and later moved to the game booth to call play-by-play for NFL and NFL Europe League coverage on FOX Sports and FSN. He has hosted the UEFA Champions League final pregame show for FOX Sports, an event among a select few major international soccer championships ever to receive broadcast television exposure in the U.S. He also anchored FOX’s inaugural coverage of the U.S. Open Championship in 2015 from Chambers Bay. Menefee hosted a special UFC main events on FOX and began hosting FOX UFC’s prefight coverage at the first main event in November 2011.

Through his work at WNYW FOX5 and MSG in New York, Menefee established himself as one of the Big Apple’s most popular sportscasters. He arrived at WNYW-TV from KTVT-TV in Dallas, where he was the sports director and weeknight sports anchor. He also hosted a daily two-hour show on The Ticket sports radio in the city. Prior to his time in Dallas, Menefee anchored sports for WTLV-TV (NBC) in Jacksonville, Fla. His resume also includes experience as host of a live two-hour daily sportscast on Sports News Network, a nationwide cable sports program, as well as sports anchor and reporter at WISC-TV (CBS) in Madison, Wis., and WOI-TV (ABC) in Des
Moines, Iowa.

Menefee has received several awards for his sports anchoring and reporting, including the Associated Press Award for Best Sports Reporter in New York and four Katie Awards (the Texas equivalent of an Emmy) for Best Sportscast and Best Sports Special.

He has compiled quite the collection of passport stamps. Since graduating from Coe College in Cedar Rapids, IA with a Bachelor of Arts degree (he currently serves on the school’s Board of Trustees), he has been to all seven continents, nearly 90 countries, and many of the world’s famous landmarks.

With favorite vacation spots, including New Zealand and much of South America, Menefee approaches both both his life and career from a truly global perspective.

In 2016, Menefee authored a book entitled Losing Isn’t Everything: The Untold Stories of Hidden Lessons Behind the Toughest Losses in Sports History. It’s a thought-provoking look at athletes whose legacies have been reduced to one defining moment of defeat – those on the flip side of an epic triumph – and what their experiences can teach us about competition, life, and the human spirit.

After the racial injustices that occurred in the United States in 2020, Menefee wanted to take action and enrolled at Northwestern University to pursue a degree in Public Policy & Administration, graduating with his masters in Spring 2022. Read Less ^

Leadership & Communication: How to be a Ring Leader When You’re the Only One Without a Ring

Going with Your Gut: Journey from Coe to FOX

Losing Isn't Everything: The Untold Stories and Hidden Lessons Behind the Toughest Losses in Sports History

Co-Host of Tiki & Tierney on WFAN 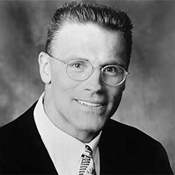