“I value Daniel as a catalyst and bipartisan collaborator in the health equity space. He has been instrumental in shaping major federal health policies, including the Mental Health Parity Act, the Americans with Disabilities Act Amendments Act, and the Affordable Care Act where he led the largest network of leaders committed to prioritizing health equity in federal and state public policies.” -President and Dean Valerie Montgomery Rice, MD

"Thank you for your Incredible presentation! We are grateful for your willingness to share your expertise and demonstrate how policies and politics influence the social conditions that generate health outcomes. It was a thought-provoking presentation that inspired a robust discussion. This meeting was not meant to be a single event, but a starting point for the discussion on what needs to be done and how we can all work together to address the barriers that prevent us ensuring health and wellbeing for everyone in our nation." -MITRE Health

Daniel E. Dawes is a nationally respected healthcare and public health leader, policy expert, administrator and author who has been at the forefront of recent major federal health policy negotiations in the United States. A thought leader in health policy, his work focuses on health reform, health equity, mental/behavioral health, social and political determinants of health, poverty, and health system transformation. His work bridges research, technology, healthcare, population health and public health – the translation of research discoveries into all communities, including under-resourced, vulnerable and marginalized communities. Read More >

Dawes is Morehouse School of Medicine’s Executive Director of the Satcher Health Leadership Institute. In this role, Dawes champions health policy strategies focusing on social and political determinants of health to advance MSM’s health equity vision. He will also bring a forward-thinking, inclusive, and multidisciplinary approach to address issues impacting diverse populations in urban and rural communities in our progressively complex health system. Dawes currently leads several major health equity projects in the United States, including several intended to mitigate the impact of COVID-19 on communities of color such as the U.S. Health and Human Services Department (HHS) $40 million, to establish a national COVID-19 resiliency network (NCRN), as well as a project with Google.org, CDC Foundation and Gilead Sciences to create the nation’s first health equity tracker. Daniel also serves as an advisor to the White House COVID-19 Health Equity Task Force.

Among his many achievements, he was an instrumental figure in shaping the Mental Health Parity Act, the Genetic Information Nondiscrimination Act, the Americans with Disabilities Act Amendments Act, the Affordable Care Act, and other federal policies. Dawes has keynoted over 200 conferences, symposia, conventions, seminars, retreats and meetings, and has served as a distinguished guest lecturer at Harvard University, the University of Chicago, Yale University, University of Texas, University of Arizona, Georgetown University, and Saint Louis University.

Highly respected for his ability to achieve sound policy changes in a nonpartisan manner; Daniel serves on several boards, commissions and councils focused on improving health outcomes and elevating health equity in the United States and around the world, including the Centers for Disease Control and Prevention (CDC) Federal Advisory Committee on Health Disparities, the National Center for Civil and Human Rights - Health and Human Rights Institute Advisory Committee, the Robert Wood Johnson Foundation’s Policies for Action National Advisory Committee, the National Football League/National Football League Players Association’s National Committee on the Racial Disparities of COVID-19, the National Medical Fellowships Primary Care Leadership Program’s National Advisory Committee, the Hogg Foundation for Mental Health National Advisory Council, the Healthcare Georgia Foundation Board of Directors, the Alliance for Strong Families and Communities Board of Directors, the National League of Cities National Advisory Board, the New York Academy of Medicine, the CDC Foundation’s Community COVID Coalition Advisory Group, and the Children’s Mental Health Network National Advisory Council. He is an advisor to international, national, regional, state, and municipal policymakers as well as think tanks, foundations, corporations, and nonprofit organizations. A real partner when planning your event, Dawes presents a multidisciplinary framework for addressing the systemic barriers that prevent the U.S. from becoming what it could be: the healthiest nation in the world. Read Less ^

The Political Determinants of Health & How We Can Change Them

Now, more than ever, political decisions (on both sides of the aisle) are affecting our social conditions and have become the root cause of our nation’s declining health. Reduced life expectancy, worsening health outcomes, health inequity and declining healthcare options are the direct result of social drivers that include poor environmental conditions, inadequate transportation, unsafe neighborhoods, lack of healthy food options and more. Drawing upon his new book, The Political Determinants of Health and firsthand experience shaping major federal policies including the Affordable Care Act, Daniel Dawes walks audiences through the history of efforts to address these issues and the seemingly inseparable interconnection of politics and health. Daniel looks at health through the political lens so we can begin to partner, build capacity and create change. He also presents a novel non-partisan, multidisciplinary framework for addressing the systemic barriers that prevent the U.S. from becoming what it could be: the healthiest nation in the world.

Leveraging the New Determinants of Health to Improve Patient Outcomes

As a passionate advocate for underserved communities, Daniel Dawes has become a national thought leader on utilizing data on the social determinants of health to identify and eliminate healthcare disparities. But how can we also use data to reduce costs and improve outcomes for every single group and in every community? Dawes looks beyond social determinants to examine how the behavioral, community — even political — determinants of health can decrease the risk factors behind the poor health pandemic. In this dynamic presentation for healthcare and mental healthcare providers, employers, community leaders, policy makers and others, Dawes looks at the multiple factors affecting health and takes audience members further upstream to understand the root causes of disparities and how we can effectively disrupt the silos and engage in strategic partnerships to advance a more healthy, equitable and inclusive health system. It all begins with asking the right questions: Is a patient caring for a loved one and not taking care of herself? Depressed? Obese? Lonely? Are we effectively collecting, utilizing, and prioritizing the comprehensive data to identify these and other issues? Providing real life examples, he challenges audiences to look at both determinants and data in a whole new way. He also provides practical applications that they can immediately put into action.

Health Inequities – Fruit of America’s Poisonous Tree: A Look at the Determinants & Drivers of Health

The Right to Health: Achieving Health Equity for Vulnerable Populations

How We Can Create a Healthy, Equitable & Inclusive Society

"I did attend Daniel Dawes’ lecture in its entirety and it was magnificent! In 45 minutes, he gave a meticulous and stunning and engaging overview of both structural racism and systemic racism in this country. My faculty colleagues and students were awed and grateful."

"Daniel was fantastic and our team really enjoyed his presentation and demeanor. In addition to his slides, he did an excellent job with Q&A and really listened to our community leaders. The exchange was beneficial, will have an impact and was a launching pad to some awesome breakout room discussions! Please extend our team’s gratitude for his engagement and powerful presentation."

“Daniel Dawes keynote address was superb and well received by our audience of health care provider advocates. Our chat/comments room were flooded with very, very positive comments. We are still getting positive comments on his keynote. His topic was very timely and relevant to today’s new calls for greater health equity and social justice overall. He’s terrific!”

"Thank you so much for participating in Insure the Uninsured Project’s (ITUP) 25th Annual Conference, Future of Equitable Health: A Time of Crisis. It was a pleasure to have you share your passion for making both our health systems and beyond equitable for our most vulnerable communities. Your keynote set a thoughtful, mindful, and actionable tone for our whole conference. The audience LOVED your discussion. Over 700 attendees from diverse backgrounds around California participated in the 2021 ITUP Conference, including local and state agency staff, academics, providers, health plans, consumer advocates, and community-based organizations. Thank you again for being such an essential part of making ITUP’s 25th Annual Conference meaningful and successful."

“Daniel Dawes demonstrated a unique ability to capture and maintain the attention of our diverse audience by providing an engaging and enlightening keynote presentation that was the highlight of our symposium!  He received rave reviews from our attendees. In fact, months after our event, we still continue to receive compliments on him. He is an absolute pleasure to work with. We look forward to having him back in the near future.”

"I wanted to let you know how much I appreciate you making time to speak to our audience. Your remarks were so well received and energized the participants and me to think about how we can up our game on health equity policy change. Again thank you for speaking to us and all you are doing to make our country a better place for all of us."

"Great event. Daniel was wonderful. Everything went well and his talk was a high point. Thank you for your facilitation and support."

"We cannot thank you enough for your outstanding plenary this morning. It was definitely a hit among attendees and it was as thought provoking as it was true. It has been an absolute pleasure working with you over the last several months."

"A heartfelt thanks for your excellent and engaging keynote address at our annual Diversity and Health Equity Summit. Your presentation received rave reviews and continues to foster ongoing discussions on strategies to improve our health care delivery. Your astute ability to navigate the energy in the room was impressive and your agility and command of the somewhat polarizing and controversial content was extraordinary."

"Daniel Dawes provided a fascinating look at the history of health equity in America for our audience of 5000 medical student and residents. He made an educational talk on health policy interesting, entertaining and accessible. His energy and enthusiasm kept the audience engaged and eager to learn more. We highly recommend him as a speaker."

"Thank you for your Incredible presentation! Please accept our sincere appreciation for the outstanding presentation you made at the MITRE Health Advisory Committee meeting on 'Leveraging Technology and Clarifying Roles and Responsibilities to Address Social Determinants of Health.' We are grateful for your willingness to share your expertise and demonstrate how policies and politics influence the social conditions that generate health outcomes.  It was a thought-provoking presentation that inspired a robust discussion. Thank you for taking the time to answer the many questions of our Committee members. This meeting was not meant to be a single event, but a starting point for the discussion on what needs to be done and how we can all work together to address the barriers that prevent us ensuring health and wellbeing for everyone in our nation. We look forward to staying connected with you to take specific ideas into action. Once again, thank you very much for your participation in this important meeting."

The Political Determinants of Health 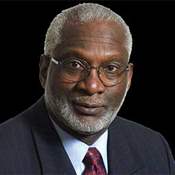 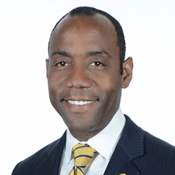