Danny’s brand has found success and has been recognized by national media as being a global inﬂuencer. In 2015, he was nominated for an Emmy for Outstanding Culinary Host by the National Academy, which recognizes excellence in the television industry, for his work a host of Good Food America on ZLiving Network, a prominent leader of digital health and wellness programming. Additionally, Sierra Magazine selected him as one of the nine chefs changing the world.

With a decade of broadcasting experience, Danny has built his brand in the U.S. and across the globe, becoming well known to audiences for his culinary work and dynamic personality. Danny empowers viewers and consumers with fun, healthy lifestyle choices and creative options. Read Less ^

Good Food America: The Rise of Farm to Table

After visiting 25 states and over 100 restaurants forged on the belief of only using organic and sustainable farmed foods, in 5 months with his Emmy nominated T.V show Good Food America, Danny talks about the strengths, challenges and benefit’s of supporting a farm to table life.

In 2013 Danny’s life changed forever when his wife Meagan shared the news that they were about to become parents! Take’s a deep dive into the mind of a man that changed the way his family would eat forever, incubated the first prenatal and postnatal restaurant in the UK, and is supporting woman to breast feed whilst teaching new parents how to eat cleaner to develop the best breast milk on the planet!

There is a growing global shortage of people going into the service industry, kids are dropping out of school at record rates due to seeing only unemployment and debt from astronomical school fees ahead of them, and reoffending rates among prisoners is at an all time high due to know employment options. Could there be an answer in a Feducation, a new training and education program being developed by Danny and his network of international players.

Why is food so god dam expensive in the U.S.? Why are we importing chicken from China? What does the future look like if the U.S. doesn’t get a hold of this growing problem? Danny explains all.

As founder and CEO of the newly formed "Better FED Project" Rochester, NY. Boome talks about the evolution and creation of cottage industry, social services, health education, social development & advancement and community through the power of food and urban farming.

He was FABULOUS!!!!! He packed both shows and he was just fantastic, fun and every good adjective I can think of. He was really good for my audience. 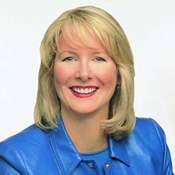