Danny Woodburn is perhaps best known for Mickey Abbott, Kramer’s volatile friend on NBC’s Emmy-winning, history-making show, Seinfeld. However, he is a veteran of over 30 films (Mirror Mirror, Watchmen, Death to Smoochy, Employee of the Month) and more than 140 television appearances, with regular and recurring roles on Bones, Tracy Takes On…, Murder She Wrote, Becker, Charmed, Baywatch, Crash & Bernstein, Passions, The Bold and the Beautiful. Read More >

A graduate of Temple University (BA Film and Theater) and a recipient of their 2001 Alumni Achievement Award, Danny performed in numerous plays (Indian Wants the Bronx, Scapino, Viet Rock) and continues his passion for live theater both as a stand-up comic for 18 years, and a teacher/coach, independently, as well as for the EDD Media Access Office, Actors for Autism, Meet the Biz, and the New Freedom Theater of Philadelphia.

My Identity Is Greater Than My Height

Danny focuses on changing the conversation when it comes to discussions of inclusion. Media, film and television often address diversity and inclusion, but disability is missing from that discussion. It is an industry with a more than 95% unemployment rate among those with disability. Based on his White Papers discussing this very issue, Danny provides a new lens for audiences to look through when it comes to diversity.

Empowerment of Those with Disability

Addressing stereotypes and ableism, as well as misconceptions and tropes around disability, Danny reflects on his own career and experiences.

"Having seen Danny speak on disability inclusion in the film and TV industry, I have seen the strength of his advocacy first-hand and am grateful for his commitment to the disability community. Danny is a passionate speaker and an important voice for our time." 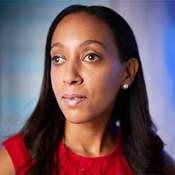 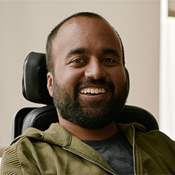 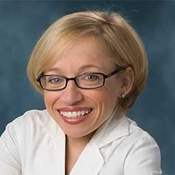