A group of racecars piloted by the best drivers in NASCAR are turning a corner. Without warning, one of the cars suddenly hits the outside wall. None of the cars touched, there were no engine failures or flat tires… so what happened? Read More >

This is the question that sparked physics professor Diandra Leslie-Pelecky’s interest in the science of NASCAR. What she thought would be ten-minute search of the web turned into a book, The Physics of NASCAR, that takes NASCAR (and science) fans behind the scenes at top race shops, onto the asphalt at Texas Motor Speedway, and into the garage with the Gillett Evernham Motorsports’ (now Richard Petty Motorsports) No. 19 car.

Leslie-Pelecky is a nationally recognized researcher in magnetic nanomaterials. Her work, which has been funded by the National Science Foundation and the National Institutes of Health, focuses on fundamental understanding of magnetic materials and application of those materials to medical diagnosis and treatment processes such as magnetic resonance imaging and chemotherapy.

She is also nationally recognized for her work in science education for K-12 schools, future science teachers, and the public. She has directed major projects aimed at improving science education at all levels, supported primarily by the National Science Foundation. Educational materials on NASCAR science are being developed for middle and high schools.

Leslie-Pelecky has given numerous presentations for technical and non-technical audiences, including addresses for the public sponsored by the American Association for the Advancement of Science and the American Physical Society. Her book, The Physics of NASCAR, was excerpted by TIME magazine and has been featured in Sporting News magazine. She appears periodically on the Sirius Speedway satellite radio program to update listeners on the scientific principles that affect their favorite drivers.

Leslie-Pelecky earned undergraduate degrees in physics and philosophy from the University of North Texas and a PhD in condensed matter physics from Michigan State University. She was a professor at the University of Nebraska for 14 years and recently became Professor of Physics at West Virginia University. Read Less ^

The Physics of NASCAR

With 75 million fans, NASCAR is the #1 spectator sport in America. How do you design and manufacture a car that will move at those tremendous speeds, yet handle with precision, and—above all—will not kill its driver? What makes a NASCAR car different from the vehicles you see on the regular roads? In this presentation, Diandra Leslie-Pelecky explains the intricate and complex way the sport works in terms that anyone who drives a car—or occasionally looks under the hood—can easily comprehend. Based on her extensive access to NASCAR race shops, drivers, crew chiefs, engine builders, and pit crews during races, Leslie-Pelecky traces the lifecycle of a racecar from its creation at top race shops to competing in the door-to door action of the NASCAR series.

Nano: Why Small is the Next Big Thing

If you have ever used makeup or sunscreen, pulled something out of your refrigerator, played golf, wore stain-resistant clothing, put on opal earrings, ate a McDonald’s burger, rode in (or near) a diesel vehicle, ate M&Ms or painted your house, you probably came into contact with a nanomaterial. The magic of nanomaterials is the surprising discovery that when you make a material very, very small, it doesn’t always act like itself. This knowledge, combined with the ability to make materials with atom-by-atom control, means that we can produce nanomaterials with properties the same material cannot have when it is big. Nano creates an amazing new range of possibilities, from surfaces that self-decontaminate in a terrorist chemical attack to nanoparticles that track down and kill individual cancer cells before they can multiply. This talk provides an introduction to the nanoscale, why materials behave differently when they're small, and the amazing products (from healthcare and energy to cosmetics and cleaning) that will be coming on the market in the next few years.

The magic of nanomaterials is the surprising discovery that when you make a material very, very small, it doesn’t always act like itself. In 1986, Eric Drexler sounded ominous warning about the dangers of nanotechnology run amok. He proposed a hypothetical construct called ‘grey goo’: a population of self-replicating nanobots that would grow like a cancer and consume everything. While Drexler’s apocalyptic vision was certainly attention getting, ‘grey goo’ has been replaced by a far more realistic and imminent concern. The unexpected properties of nanomaterials mean we can make materials we’ve never been able to make before—but it also means that we can’t always predict how those materials will interact with people, animals, and the environment. The specter of ‘grey goo’ is hyperbole. Concern over whether titanium dioxide nanoparticles in sunscreen can pass through your skin or how antimicrobial nano-silver might be released into waterways are real challenges we face right now. This talk gives a brief history of nanotechnology (which surprisingly started in the 4th Century CE) and highlights ways in which nanotechnology is already affecting your life and how it will continue to in the future.

Not too far in the future, a diagnosis of cancer won't be a big deal: it will cost you another twenty minutes in the doctor's office while the doctor injects some nanoparticles that target and kill the cancer cells. Nanomedicine is an emerging research field that utilizes the unique properties of materials a hundredth the diameter of a human hair for medical diagnosis and treatment. We'll eventually be able to diagnose cancer at the level of a single cancer cell and use MRIs to investigate how the chemicals in your brain are doing their jobs. Sunscreen will automatically change its properties according to your sun exposure, and we'll be able to target drugs precisely to the part of the body that needs them, without affecting the areas that don't. Tiny sensors within the body will give you ample warning of a heart attack or stroke. This talk covers some of the most amazing developments in nanomedicine research that will start entering the clinic in the near term, as well as a few that already have.

The Physics of NASCAR: The Science Behind the Speed 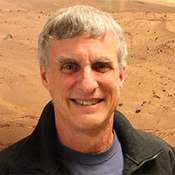 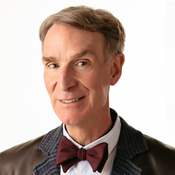