Diane Rehm is a native Washingtonian who began her radio career in 1973 as a volunteer at WAMU. She became host and producer of two health-oriented programs, and in 1979 was selected to host WAMU's local morning talk show, “Kaleidoscope,” which was renamed “The Diane Rehm Show” in 1984. For 25 years, Rehm has offered her listeners compelling conversations with the world’s most interesting and important people Read More >

“The Diane Rehm Show” has been described by Newsweek as one of the most interesting talk shows in the country. Rehm’s listeners and peers regularly praise her intelligent and probing, yet unfailingly civil manner. During each hour, she invites listeners to join the conversation by opening the phones to their questions and comments on the topic at hand. The award-winning program has been distributed by National Public Radio since 1995 to stations across the nation and the world to more than 1.4 million listeners.

Rehm has also forged a successful career as a writer, publishing two autobiographical books. In Finding My Voice, the host talks about her childhood, marriage, broadcast career, and vocal difficulties. Together with her husband John, she co-authored Toward Commitment: A Dialogue about Marriage, a book focusing on the art of building and maintaining a strong relationship.

In 1998, Rehm was diagnosed with spasmodic dysphonia, a neurological condition that causes strained, difficult speech. After finding treatment, she wrote several articles and produced a program about the little-known disorder. The National Council on Communicative Disorders recognized her work with a Communication Award, and the Maryland Speech-Hearing-Language Association honored her with a Media Award. ABC's Nightline host Ted Koppel devoted an entire program to a conversation with Rehm about her disorder. Read Less ^

Thirty Years in the Media

My Struggle With Spasmodic Dysphonia 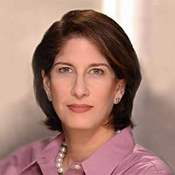