Chief of Staff at the EPA under President Obama

Diane Thompson is an experienced and successful executive with extensive policy, program, management and administrative experience in demanding and dynamic environments. She was the Chief of Staff at the U.S. Environmental Protection Agency for the first four years of the Obama Administration, responsible for managing the Office of the Administrator (approx. 500 staff and $1000 million budget) and for ensuring strategic and operational cohesion within the agency and between the agency and other parts of the Administration. Read More >

Ms. Thompson also served in the Clinton-Gore Administration, first as the Associate Commissioner for Legislative Affairs at the Food and Drug Administration (FDA) (1993 1999). At FDA, she was part of the senior management team that negotiated the first reauthorizations of both the Prescription Drug User Fee Act and the Mammography Quality Standards Act. In early 1999 she became the Associate Administrator for Congressional and Intergovernmental Relations at the U.S. Environmental Protection Agency (1999 2001).

Ms. Thompson was Chief of Staff to Senator Barbara A. Mikulski (1987 to 1989). She was responsible for establishing and managing the Senate office, and played a key role in the drafting and passage of a number of significant legislative initiatives, including the Mammography Quality Standards Act. She also was Chief of Staff to then Congresswoman Mikulski in her last year in the House of Representatives (1986).

Ms. Thompson also has worked in the private and non-profit sectors, including as the Vice President for Public Policy and Communications at the Elizabeth Glaser Pediatric AIDS Foundation. There she managed the efforts in support of reauthorization of the President’s Emergency Program for AIDS Relief and implemented strategic initiatives to expand the Foundation’s effectiveness in host countries. After the Clinton-Gore administration, she spent 3 years as a Program Officer at the Pew Charitable Trusts in the Environment Program, where she managed an annual $10-15 million portfolio of investments in projects and campaigns to halt the destruction of marine life and advance ocean conservation.

Prior to joining the Clinton-Gore Administration, Ms. Thompson was a partner in the Washington DC public policy and political consulting firm of Foreman & Heidepriem (1991 to 1993), where she worked with a variety of industry, political and non-profit organizations to develop strategies that would achieve the client’s public policy goals. After relocating to Washington, DC from California, Ms. Thompson served as counsel and PAC director of the National Organization for Women (1984 1985).

Ms. Thompson practiced law in San Francisco, California. She was a partner at Rogers, Joseph, O'Donnell & Quinn (1981-1984) and an associate at Pettit and Martin (1976-1981). She was counsel to the San Francisco Human Rights Commission (1981 1983) and an adjunct faculty member at Hastings College of the Law, University of California (1982). As lead plaintiffs’ counsel on Isbister v. Boys Cub of Santa Cruz, Ms. Thompson successfully prosecuted the first gender discrimination case under California’s public accommodations statute.

Ms. Thompson has a JD from George Washington University National Law Center, where she was a member of the law review and Order of the Coif (1976), and a BA with honors in political science from Vassar College (1973). Read Less ^

A Conversation with Diane Thompson 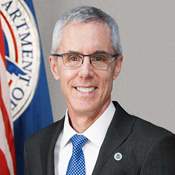