Dr. Adolph Brown, III without a doubt, offers the most uniquely inspiring, relevant, and entertaining yet profoundly challenging presentations around. He is an American businessman, mental health expert & clinical psychologist, investor, author, master teacher, urban and rural school educator, research-scientist, and keynote speaker. He is a servant-leader at heart, a life-long mental health & social justice advocate and a career teacher educator. He is admired around the world for his simple and direct “Real Talk,” and powerful, universal and timeless teachings. For over 30 years, Dr. Brown has researched, field-tested, and implemented a set of concrete strategies used to support and enhance schools and businesses around the world. Dr. Brown is best known for inspiring all who hear him to learn, laugh and lead, while as an implicit bias speaker simultaneously reducing unconscious bias at every turn. As a subject matter expert, he is the leading provider of anti-bias training in business and education. Dr. Brown knows that understanding structural inequities is only the start, however dismantling the foundations from which these structures are built leads to solutions. He is highly regarded as the "balcony" leadership speaker and highly skilled peak performance coach who gets you from where you are to where you want to be. Also as a credentialed Master Teacher, he helps teachers reach every student. As a much sought-after and highly effective Unconscious Bias, Equity, Diversity and Inclusion keynote speaker, Dr. Brown skillfully addresses the impact of stereotypes. He credits much of his success to the luxury of humble beginnings of being reared by a single parent mother in abject poverty of the inner city housing projects infested with gangs, drugs and violence. His oldest sibling and only brother Oscar was murdered when Adolph was only eleven years old. Young Adolph often received a respite when he was sent to spend summers with his grandfather in rural farming country, and when he was sent to the library for time-outs in elementary school. Adolph became the first in his family of five to participate in Head Start, graduate high school, and attend college. Read More >

After considerable corporate and entrepreneurial success, Dr. Brown followed his own dream of being "Good Medicine" for the world by sharing good science, good practice, and good news. Nowadays as a Master Teacher, Dr. Adolph Brown shines in the classroom, in research and on the big stage. He is in the top 1% of world-class scholar teachers based on peer-reviews, nominations, teaching performance, teaching awards, published evaluations and ratings from American’s best schools, colleges and universities. He is recognized as one of the top 10 most influential thought leaders in America. Although he does not consider himself a motivational speaker, he was selected as one of the top motivational and inspirational speakers in America as well. Dr. Adolph Brown is one of the world’s foremost attitude experts, personal development coaches and humorists. His reputation as "The World's Greatest Edu-tainer!™" is always memorable and has won him fans around the world.
Dr. Brown is the author of acclaimed books, including the international mental wellness best seller, Two Backpacks. Other best sellers authored by Dr. Brown include a business soft skills classic - Championship Habits; and the education classic - Real Talk. He is also the co-author with his third grade teacher of a children's book, It's Gonna Be A Great Day! for youth. His trainings have withstood the test of time with audiences all over the world and he is still extremely passionate and committed to helping others "Learn, Laugh & Lead' in all walks of life while spreading “Love, Light and Insight” wherever he goes. These tour de force performances helped establish him as a sterling international stage presence.

His accessible, affable personality and his broad and infectious smile endears him to fans the world over. From Brazil to Toronto, from Cancun to Singapore, from the Virgin Islands to Africa, millions of people and countless business, corporate, early childhood, K-12 primary and secondary education, higher education campus, and family and community engagement clients throughout the world have personally experienced the "Wow" of Dr. Brown’s quiet charisma, profound insight & knowledge base and energetic introverted personality. He dynamically engages, educates and inspires his audiences from all walks of life. His bridge-building approach is brilliant with a massive power to embrace and bring great hope to the world. His keynotes, lectures and seminars transcend all differences – political, religious, socio-economic, philosophical, gender, lifestyle, generational, etc.

His client list from headlining both live and virtual events reads like a Who's Who of Corporate America and the Educational Arena. Numerous clients exclaim that they wish there was a way that everyone in the world could hear Dr. Adolph Brown, III. Many also say he’s the best they have ever seen. "I don't think we will see a second to him in our lifetime," said meeting planner and promoter Michael Collins describing Dr. Brown as "the change agent of our day, who is thoughtful, funny, bold, smart, charismatic, astute and charming, a crowd-pleaser wherever he goes." Dr. Brown remains humble and grateful for his journey. He is most proud to be the husband of Marla and father of eight uniquely beautiful human beings including a special needs daughter and a grandson.

Following in the footsteps of his psychology role model, Dr. Kenneth Bancroft Clark (July 14, 1914 – May 1, 2005), Dr. Brown has earned undergraduate degrees from the College of William and Mary in anthropology and psychology with a minor in education, master's degree work in special education and experimental psychology, and a doctorate degree in clinical psychology from the Virginia Consortium for Professional Psychology hosted by Eastern Virginia Medical School, the College of William and Mary, Norfolk State University, and Old Dominion University. Whilst having a strong economic presence in his community with several established businesses, Dr. Adolph Brown, III worked as an anthropology undergraduate assistant for the late Dr. Mario Zamora, worked as a special education graduate assistant for Dr. Dennis Wade and as a statistics research graduate assistant for the late Dr. Ellen F. Rosen at the College of William and Mary. Before joining the psychology/education faculty at Hampton University, Dr. Brown became one of the initial major investigators of “The School To Prison Pipeline” paradigm and received the First Annual Francine Kee Peterson Memorial Scholarship for Social Justice Advocacy from his education role model, social activist Geoffrey Canada of “Waiting for ‘Superman.’” While at Hampton University, Dr. Brown was selected to be a “Scholar in Residence” at NYU, nationally awarded “Service-Learning Fellow,” and earned the highest distinction given by the President, Provost and Board of Trustees of the prestigious “E.L. Hamm Master Teacher Award for Distinguished Teaching” as a result of having a sustained record of recognized teaching excellence. Based on his record of teaching and research excellence in education, diversity-equity-implicit bias (DEI) training and servant leadership, Dr. Adolph Brown was appointed chairperson of his department, earned the promotion as a tenured full professor and was also the dean of the graduate college. Dr. Adolph Brown continues to be a business, community and educational leader whilst being a generous philanthropist and a continuous learner. Bringing People Together to Learn, Laugh & Lead has become his life’s work. Read Less ^

How to Tackle Microaggressions

Don't Judge A Book By Its Cover! Uncovering Implicit Bias

Dr. Adolph Brown has studied implicit bias for over three decades and has helped thousands of corporate and education professionals worldwide become more aware of the unconscious attribution of particular qualities to a member of a certain social group.  Dr. Brown does not offer a training per se, as much as he offers a philosophy and an awareness to embrace when dealing with others.  Dr. Brown acknowledges under certain conditions ALL of us have automatic associations that can influence our behavior - making individuals respond in biased ways even when they are not explicitly prejudiced.  This is often referred to as "racism without racists." Read More >

Learning Objectives:
At the conclusion of this program the attendees will gain the following:
1. Participants will understand that implicit bias can distort one's perception and subsequent treatment either in favor or against a given person or group.
2. Participants will reduce the harm and influence that implicit bias and racial stereotypes have on our minds and our public safety. Read Less ^

Don't Judge A Book By Its Cover! Diversity, Equity & Inclusion In Action!

Literally, one cannot tell the contents of a book by just looking at the material used to hold it together.  A book with a torn and worn cover may be more important, more entertaining, or more useful than a book bound in a flashier manner.  The same can be extended to relationships.  The prejudice of making decisions solely based on outward appearance could cost one the chance of a meaningful encounter.  This is a journey will provide opportunities for self-exploration of one's implicit biases, the tools to adjust automatic patterns of thinking, and ultimately strategies to eliminate discriminatory behaviors. Read More >

Closing the Empathy Gap™ is a part of Dr. Brown's groundbreaking research stemming from his doctoral dissertation resulting in Dr. Brown providing successful seminars to countless law enforcement agencies, businesses, and educational institutions around the world.  Dr. Brown coined the terms "The Empathy Gap™" as the space that exist between individuals where there's not a bridge of understanding and compassion.  Empathy is the foundation for which human beings connect.  When the connection is absent, anything built up this divided foundation, will also have a divide - health, wealth, justice, achievement, equity, etc.  Dr. Brown's master theses and doctoral dissertation helped him set the stage for his life's work of Spreading Love, Light and Insight while bridging the various divides built upon the Empathy Gap™.  This is an inspiring and informing journey of self-reflection and if needed, self-correction.   Read More >

Portrait of a Graduate. Your Most Important "Selfie!"

Dr. Brown creatively reinforces the five descriptors that define your school's mission in terms of student outcomes.  Dr. Brown's uplifting and engaging message will capture the core values of your school while ensuring students, parents and staff alike understand the importance of preparing students for success in today's competitive world.  In essence, when students, faculty, administration and parents understand what their mission looks like in terms of student outcomes, EVERYONE will be better able to provide the support, education, resources and direction their students need to achieve success. Read More >

Learning Objectives:
1. Students will take responsibility and ownership of their education and will commit to achieving the goals they set.
2. Students will be inspired to strive for academic excellence in a challenging, healthy, engaging, supportive and safe environment.   Read Less ^

This Is Real Talk: Connecting With Young People by Saying What Needs to be Heard 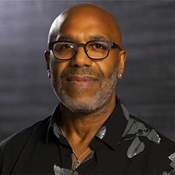