As a mother, actress, and supporter of the American Heart Association, Elizabeth Banks knows a thing or two about juggling life in the fast lane and staying sane while doing it. When she's not filming or doing laundry, she is spending time with her husband and son and thinking up her next clever blog post. Read Less ^

An Evening with Elizabeth Banks 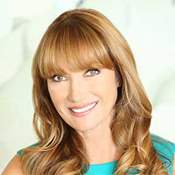