“Compared with most young novelists his age, who tend toward cutesy involution, Shteyngart is a giant mounted on horseback. He ranges more widely, sees more sweepingly and gets where he's going with far more aplomb.”     - The New York Times

Gary Shteyngart was born in Leningrad in 1972 and came to the United States seven years later. His debut novel, The Russian Debutante’s Handbook, won the Stephen Crane Award for First Fiction and the National Jewish Book Award for Fiction. It was also named a New York Times Notable Book, a best book of the year by The Washington Post and Entertainment Weekly, and one of the best debuts of the year by The Guardian. His novel Absurdistan was published in 2006 and was chosen as one of the ten best books of the year by New York Times Book Review and Time magazine, as well as a book of the year by The Washington Post, Chicago Tribune, San Francisco Chronicle, and many other publications. Recently, Shteyngart was recognized as one of today’s top fiction writers on The New Yorker’s prestigious “20 Under 40” list. His latest book, entitled Little Failure: A Memoir, is a candid, witty and deeply poignant memoir on his life so far. Read More >

His fiction and essays have appeared in The New Yorker, Granta, GQ, Esquire, The New York Times Magazine, and many other publications. He is also a contributing editor to Travel & Leisure magazine. One of his travelogues is included in the Best American Travel Writing of 2006 anthology.

Shteyngart earned a degree in politics from Oberlin College in Ohio and an MFA in Creative Writing from Hunter College, where he has previously taught. He is currently teaching creative writing at Columbia University and Princeton University and lives in New York City. Read Less ^

An Evening with Gary Shteyngart 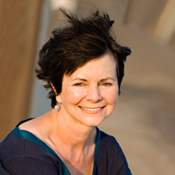