Before taking on the role of Dr. Dylan Scott on Chicago Med, Guy had recurring roles on NBC’s The Village and The Blacklist. He has also guest starred in Chicago Fire, Bull, FBI, God Friended Me, Gossip Girl and many other TV shows. Read More >

Lockard found his legs in entertainment during his adolescence, when he landed his first major role as a Squad member on BET's hit show, Teen Summit. His five year stint on the show, where he eventually acted as host, was a surge to Lockard's confidence, and a professional springboard landing him in New York City.

Once in New York, Lockard was trained in the Meisner Technique of Acting at the William Esper Studio, and studied voice under Maria Zorella. In 2008, he landed a role in the off-broadway musical, Sex, Drugs, and Ukuleles, where a solo was written specifically for his voice by Terry Waldo. Still unquenched and open to stretch the idea of where to put his ability, Lockard auditioned and earned a spot as a principal singer with the multi-platinum Trans-Siberian Orchestra, working under the late Paul O'Neill.

In 2009, about ten years after his BET beginnings, Guy Lockard returned to the small screen far more skilled than his teenage self. He was featured on several commercials, and landed roles on Law and Order: SVU alongside the legendary Mariska Hargitay and Kevin Can Wait starring Kevin James.

Though Lockard shines on screen, he also has forged a career as an award winning voice actor, lending his timbre to audiobooks such as Gerrick D. Kennedy’s, Parental Discretion Is Advised: The Rise of N.W.A. and the Dawn of Gangsta Rap (Simon & Schuster), The Autobiography Gucci Mane (Simon & Schuster) Jason Reynolds’s, Miles Morales: Spider Man (Disney/Marvel) and Ghost (Simon & Schuster)—also by Reynolds— which won the 2017 Odyssey Award for audiobook of the year.

Lockard was overjoyed to make his return to the stage as Jack the bear, in Jelly’s Last Jam at the Signature Theater, and as the classic character, Billy Flynn in the 30th Anniversary production of Chicago at the Drury Lane Theater.

An Evening with Guy Lockhard 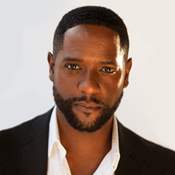 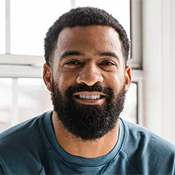