From her first appearance on the award-winning children’s show Sesame Street at the age of four to the iconic 80’s series 21 Jump Street to her current family docuseries OWN TV’s For Peete’s Sake, Holly Robinson Peete— actress, author, talk show host, activist, and philanthropist—has consistently used her celebrity status as a platform to advocate for issues dear to her heart. Read More >

Following her father’s battle with Parkinson’s disease, she and husband Rodney Peete—a former NFL quarterback—formed the HollyRod Foundation in 1997 to help improve the quality of life of people with Parkinson’s. In 2005, they extended the Foundation’s mission to provide support and resources to those affected by autism when their eldest son was diagnosed with the condition.

A celebrated author, Robinson Peete co-authored with her then 12-year-old daughter the NAACP Image Award-winning My Brother Charlie, a children's book about autism from the sibling's perspective. Her book, Get Your Own Damn Beer, I'm Watching the Game: A Women's Guide to Loving Pro Football, won her the 2006 Quill Literacy Award. Her latest book Same But Different: Teen Life On The Autism Express co-authored with her twins Ryan & RJ is out now and garnering glowing reviews.

Robinson Peete’s longevity and visibility in the entertainment community has led to a successful career as a spokesperson for some of the country’s biggest brands, including Target, Toys“R”Us, Colgate, Skechers, Epipen, and Carnation. She is also set to launch a new Holly Robinson Peete lifestyle brand of apparel and accessories on the popular shopping channel EVINE LIVE.

Whether discussing her son’s autism or how she maintains a successful work-life balance, Holly Robinson Peete delivers inspiring keynotes that offer audiences vital tips and roadmaps for managing their own lives and careers.

Robinson Peete had her first experience in front of the camera when she appeared on television opposite her father Matthew Robinson who served as a producer and portrayed the beloved character of “Gordon” on the award-winning children’s program Sesame Street. While she knew her calling was to be an actress, Robinson Peete opted to lead a typical childhood rather than working to be the next child star.

However, upon finishing her college education, Robinson Peete felt her heart pull her back to entertainment. In 1986, she landed a starring role on the FOX television drama 21 Jump Street opposite then-unknown cast member Johnny Depp. She went on to star in many other successful television series, including Hangin’ with Mr. Cooper, For Your Love, and One on One. Robinson Peete’s successful television career places her as one of only a handful of actresses to star in four shows in syndication. In addition, she also starred in the original Lifetime movie Matters of Life & Dating for which she was nominated for an NAACP Image Award.

In 2011, Robinson Peete joined the cast of the hit comedy series Mike & Molly shortly after successfully launching the CBS daily talk show The Talk as one of the original co-hosts. The Talk came on the heels of the enormous success Robinson Peete had on the third season of NBC’s Celebrity Apprentice. Making it all the way to the finals, Robinson Peete set a fundraising record for her charity, HollyRod Foundation, casting a national spotlight on autism and Parkinson's disease.

Robinson Peete’s singing talents have been displayed on theme songs for both 21 Jump Street and Hangin’ with Mr. Cooper. She also did her own singing as Diana Ross in the miniseries The Jacksons: An American Dream. Robinson Peete fondly says that singing is her “first love and passion.”

Robinson Peete is very proud of her current family docuseries For Peete’s Sake on  OWN-the Oprah Winfrey Newtwork. The series follows the lives of the Peete Family with humorous, intentional and honest story lines. The first season of the show has struck a chord with viewers, especially with those impacted by autism.

Born in Philadelphia and raised in Los Angeles, Robinson Peete was voted “most talented” in high school alongside fellow classmate and future actor Rob Lowe. She did her undergraduate studies at the prestigious Sarah Lawrence College where she majored in psychology and French. She spent her junior year studying abroad at the Sorbonne University in Paris and became fluent in the language.

Whether discussing her advocacy for son's autism, her father’s Parkinson’s disease or how she strives to maintain a successful work-life balance, Holly Robinson Peete delivers inspiring, authentic, down to earth keynotes that connect deeply and offer audiences vital tips and roadmaps for managing their own lives and careers. Read Less ^

In this talk, Holly Robinson Peete offers her “crazy working momma” tips for maintaining a successful work-life balance. Audiences will walk away and inspired and refreshed, knowing that if Holly can do it—so can they! Robinson Peete’s tips include: Read More >

Not My Boy! A Personal Journey with Autism

In this presentation, Peete shares with audiences a heartrending, candid look inside the personal journey of their son’s autism and offers a first-of-its-kind, inspirational road map that will help families facing similar challenges move forward. Read More >

Sharing the Wealth of Health

From Jumpin’ to Hangin’: Balancing Life

The Importance of Civic Engagement: Never Stand on the Sidelines

Matters of Life: Supporting the Struggles of a Loved One Battling Cancer

"We want to thank you for making our Women for OSU symposium another great success! Holly’s remarks were a home run—out of the ballpark! We continue to receive many cards and emails thanking us for bringing her in and complimenting the entire day! Women and men who attended the sponsor reception continue to remark about how she just mixed in with everyone, joining in small group discussions, stopping for photos, etc. All were amazed at how she “fit our OSU Cowgirl culture”—friendly, relaxed, and genuine! Thank you for everything."

"Holly was absolutely superb! She was friendly, personable, and her message was on point with our occasion and theme. She gracefully weaved her life's story into a message of hope, service and the importance of giving back to the community. She was a delight to listen to. She wowed the audience with her down-to-earth approach and her willingness to rub elbows with us Louisvillians. She is one of the best guest speakers we've had!"

"Holly was great and she was really open about her life and the causes that are important to her. During her book signing, Holly was so personable and really made you feel like to you matter when speaking to her."

"Holly was great and a good fit for our event format. Everyone loved hearing her perspective as a parent."

"What an amazing woman! I remember her from her 21 Jump Street days. My sister and I always wanted to be her- her character was so smart and beautiful, and now to have the opportunity to listen to her speak. She's full of life. She and her husband have given a remarkable gift, channeling their resources into causes that affect the rest of us. Many people speak of doing those things, but for her to live it, and breathe life into programs that help with autism and Parkinson’s is awe inspiring. Thank you for including her in such a dynamic day!"

"Her personal story is so touching, it really makes you appreciate that money does not solve all ails. I love her dedication to helping others and she is truly an inspiration to women everywhere."

"I thought Holly's was the best presentation I had attended. I appreciate her sharing her challenges in a very real and approachable manner. How she and her husband addressed the challenges was inspirational."

"Appreciated Holly's warmth, sincerity, advice from how she's lived her life. She seemed approachable and accessible for future networking which I really appreciated—especially with the autism cause. Loved her natural, self-deprecating delivery and evident love of her family and life."

Same But Different: Teen Life on the Autism Express

Get Your Own Damn Beer, I'm Watching the Game!: A Woman's Guide to Loving Pro Football 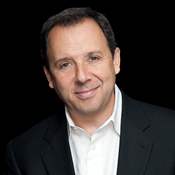 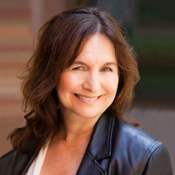 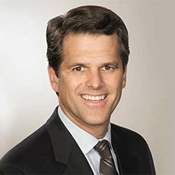