Husain Haqqani served as Pakistan's ambassador to the United States from 2008-2011 and is widely credited with managing a difficult partnership during a critical phase in the global war on terrorism. Read More >

Considered an expert on radical Islamist movements, he is currently Senior Fellow and Director for South and Central Asia at the Hudson Institute. Haqqani also co-edits the journal Current Trends in Islamist ideology, published by Hudson Institute’s Center for Islam, Democracy and Future of the Muslim World.

Haqqani has been a journalist, academic, and diplomat in addition to serving as advisor to four Pakistani Prime Ministers, including the late Benazir Bhutto. He received Hilal-e-Imtiaz, one of Pakistan’s highest civilian honors for public service.

His 2005 book, Pakistan Between Mosque and Military, was acclaimed for explaining the roots of Pakistan’s foreign and domestic policies.

His 2013 book, Magnificent Delusions: US, Pakistan and an Epic History of Misunderstanding, has been described as in the media as “the most clear-eyed history of the US-Pakistan relationship yet published.” Read Less ^

Magnificent Delusions: US, Pakistan & an Epic History of Misunderstanding

"Husain Haqqani was absolutely fabulous! He was incredibly knowledgeable, very articulate, funny, and able to relate historical knowledge to today. He used contemporary culture to help the audience understand what ISIS is about and what can be done. Everyone really enjoyed him. I recommend him very highly." 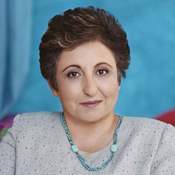