Irin Carmon is a journalist, co-author of the runaway New York Times bestseller Notorious RBG, and a frequent speaker around the country on women’s rights and leadership. A New York magazine senior correspondent, she reports and comments on gender, politics, and the law, and frequently appears on national television and radio. Read More >

The New York Times has described Carmon as being "known for her smarts and feminist bona fides." Of Notorious RBG: The Life and Times of Ruth Bader Ginsburg (2015) which spent three months on the Times' bestseller list, the paper’s staff book critic wrote, "That I responded so personally to it is a testimony to Ms. Carmon's storytelling and panache." Carmon was also featured in the award-winning and Oscar-nominated 2018 documentary RBG.

Carmon teamed up with the Washington Post’s investigative team to break the news of sexual harassment and assault allegations against Charlie Rose, as well as CBS's knowledge of his conduct. That work, which resulted in Rose’s firing the same day as publication, was recognized with a 2018 Mirror Award.

I Dissent: How Ruth Bader Ginsburg Became the Notorious RBG

What's at Stake for Women at The Supreme Court

Reporting on #MeToo: An Account from the Journalistic Trenches

“It was HUGELY successful! Irin is without a doubt the most personable speaker we've ever had, and I've been involved with the People of the Book series for over 25 years. She was amazing during the VIP reception. Everyone got a chance to ask questions, she told us some hilarious stories--truly, it could not have gone better. I'm serious when I say it will be hard to top this. Thanks again for your help. I look forward to working with APB and you for many years.”

"Irin was phenomenal. Her timing was excellent. Everyone was so enthralled you could hear a pin drop. It was great for those of us who have read the book and watched the documentary to still learn more from Irin about RBG’s life and experience. It was especially important to hear about the reproductive rights connections to RBG. The more we can focus on access to reproductive health care, the better! Irin’s timing of the ask was perfect."

"Irin Carmon came to the Johns Hopkins University campus to speak to the undergraduate community about the effect women had on the 2012 election. Her engaging talk emphasized changing political ideologies, the large impact of social media, shifting demographics, and the future. An incredibly talented writer and speaker, Carmon gave an enlightening view of the role women will play in politics in the past, present, and future."

"She was absolutely delightful to work with – and was wonderful with our donors, engaging and funny in her presentation – and may be my favorite speaker we’ve ever had at an event!"

"Irin was spectacular at Duke! Her sharp wit, uncanny smarts, and down-to-earth candor made everyone in the room feel like they were having a conversation with a friend—a brilliant one. She crafted an engaging talk that exactly met our needs, but was also willing to respond to endless questions from eager aspiring writers. We'll be sure to have her back soon!"

"Irin spoke with about 80 Women's Medical Fund supporters, including many students and young professionals, and received high praise from all. She was engaging, well-informed, and was able to synthesize complex information such that everyone who attended had a clearer picture of the critical issues at hand. We would welcome the opportunity to have Irin come and speak again!"

"Irin Carmon was one of the most thoughtful, relatable, and engaging speakers we have brought to campus. She immediately connected with our students and challenged them to think critically about reproductive justice. Irin was also incredibly flexible and easy to work with."

"Irin was amazing! We really enjoyed having her. She was accessible, friendly, and our guests were thrilled with her style and presentation."

Notorious RBG: The Life and Times of Ruth Bader Ginsburg 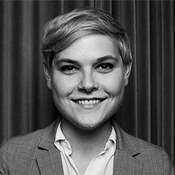 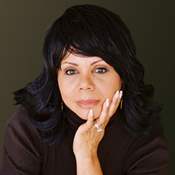